Clinton on America's criminal justice system: "We basically took a shotgun to a problem that needed a .22."

LITTLE ROCK, Ark., Oct. 8 (UPI) -- According to former President Bill Clinton, one of the main issues on voters' minds going into the 2016 election will be prison reform.

"We basically took a shotgun to a problem that needed a .22 -- a very significant percentage of serious crimes in this country are committed by a very small number [of criminals]," the former president told a group of over 70 U.S. mayors and law enforcement officials at his presidential library. The community leaders met to commemorate the 20-year anniversary of Clinton's 1994 crime bill that enabled community policing to assist and partially supplant local law enforcement.

"We took a shotgun to it and just sent everybody to jail for too long. I think in this next step where we're going to be apparently debating all this and as the presidential election approaches, we'll start to have a discussion of all of this."

Clinton added ongoing conflicts between citizens and police, like the current tensions in Ferguson, Missouri, highlight the urgency of diversity and cross-cultural self-interest.

U.S. News // 4 hours ago
Minn. woman sentenced to 23 years for passing classified information to Hezbollah
June 23 (UPI) -- A Minnesota woman who worked as a linguist for a U.S. Special Operations Task Force in Iraq was sentenced to 23 years in prison for admitting to passing classified information to a man linked to Hezbollah. 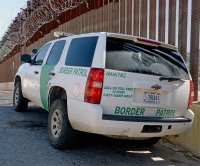 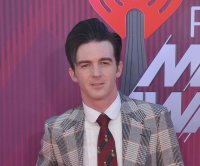