The aging of the Baby Boom and less immigration have contributed to the stagnation of U.S. population growth, demographers said. 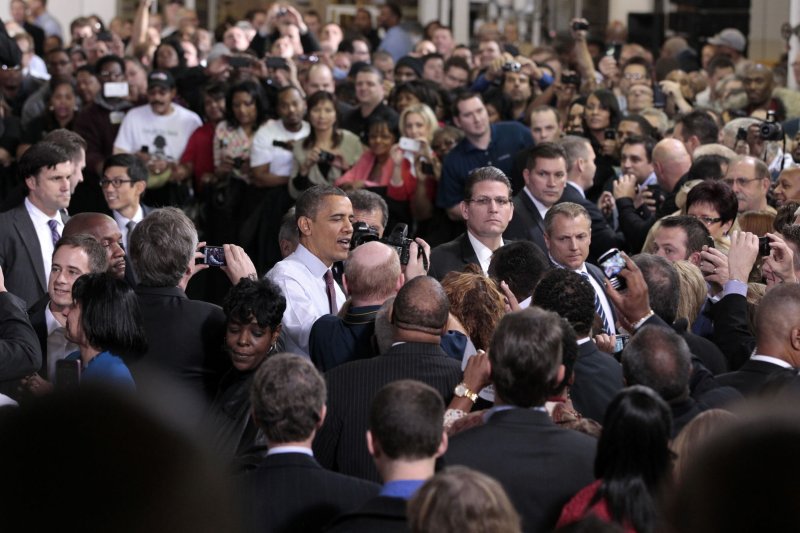 President Barack Obama after speaking to workers at the Daimler Detroit Diesel plant in Redford, Michigan on December 10, 2012. Michigan was one of two states that lost population in the year ending July 1, 2014. UPI/Jeff Kowalsky | License Photo

WASHINGTON, Oct. 7 (UPI) -- The U.S. population grew by only .71 percent in the year ending July 1, the slowest rate since 1937 during the Depression, the Census Bureau says.

Birthrates have dropped as the Baby Boomers have aged out of their childbearing years, and fewer immigrants are coming to the United States. While only two states, Maine and Michigan, actually lost population during the year, many states in the Northeast and Midwest were essentially stagnant.

Population growth slowed in some fast-growing states. Florida showed a net gain of about 232,000 people, or just over 1 percent.

As a result, Florida remains the fourth state in population, behind New York. Demographers expect Florida will slip into third place next year.

In another change, North Carolina is expected to push Michigan out of the top 10.

"This isn't the end of civilization as it might be characterized, but the Northeast and Midwest have essentially stalled out completely," Robert Lang of the University of Nevada, Las Vegas, told USA Today.