Jonathan McBride, who has served as personnel chief at the White House for the past 16 month, will step down in November.

WASHINGTON, Oct. 6 (UPI) -- Another top official is stepping down from the Obama White House.

Jonathan McBride, the director of presidential personnel, will depart the White House in November after serving in the role for 16 months.

"As Director of Presidential Personnel, Jonathan McBride has helped ensure this Administration and the American people can count on the most talented, dedicated public servants who work diligently and effectively each day to move our country forward and uphold the public trust," President Obama said in a statement announcing the change. "I'm grateful to Jonathan for his service, judgment and sound counsel."

As the presidential advisor in charge of personnel, McBride was responsible for recruiting presidential appointees. Before taking over as director from Nancy Hogan, McBride served as deputy personnel director starting in 2009.

In the past year, he has helped to recruit the likes of Housing and Urban Development Secretary Julian Castro, Veterans Affairs Secretary Bob McDonald and others.

Since he only took on the top role in July 2013, McBride was not responsible for the elevation of any of recently departed members of the administration, including former Secret Service Director Julia Pierson, who was chased from her position last week, or scandal-plagued cabinet Secretary of Health and Human Services Kathleen Sebelius or Secretary of Veterans Affairs Eric Shinseki.

The White House did not say where McBride was headed after November, nor who will replace him, although little personnel planning is likely to be necessary in the final two years of the administration. 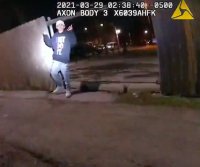 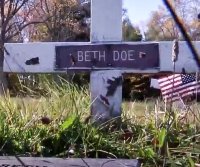