Draven Rodriguez says he just wants to stand out for his senior portrait.

Schenectady High School senior Draven Rodriguez wants this photo with his cat, Mr. Bigglesworth, to be his portrait in the school yearbook. (Courtesy of Vincent Giodano/Trinactia Photography)

SCHENECTADY, N.Y., Sept. 12 (UPI) -- One New York high school student is making a play to be the hero of Internet this week with his excellently absurd high school photo.

Schenectady High School senior Draven Rodriguez is petitioning for the school to allow him to submit a rather untraditional portrait for his yearbook picture: one featuring his cat, Mr. Bigglesworth, and some lasers.

"I don't want to go in the yearbook with the generic 'I-look-like-everyone-else' photo," Draven, 16, told the Daily Gazette. "I wanted a 'He looks great. Only he would try that' photo."

"When people look at it," the 16- turning 17-year-old added Wednesday, "they will know that was me."

The picture features Draven in a suit, holding his bored-looking feline up to his face. A larger photo of the cat's head floats above him, with pink and blue shots of light criss-crossing the frame.

Draven said the picture has not yet been denied, and started a petition -- which has nearly 4,000 signatures -- to encourage the school to allow it.

School district spokeswoman Karen Corona said the picture can go in the yearbook, just not in the senior portrait section.

"That will not appear in the portrait section," she said, noting that some uniformity is required for the portraits. "There are other places in the yearbook where those photos can be placed."

Just in case, Draven had a more traditional picture taken, wearing a suit and tie. But he may get the last laugh: Mr. Biggleworth is still in the portrait, in the form of a lapel pin. 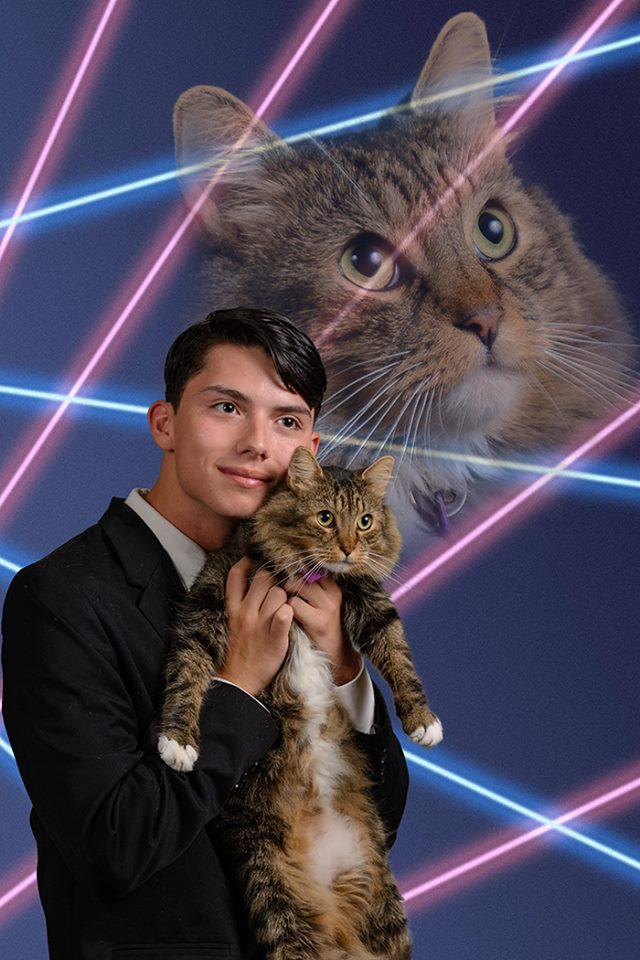 U.S. News // 19 minutes ago
Ebay to lay off 4% of global workforce
Feb. 7 (UPI) -- Ebay is planning to lay off approximately 500 employees over the next 24 hours, the company confirmed Tuesday.

U.S. News // 1 hour ago
Inflation not likely to end soon, Fed chair Jerome Powell says
Feb. 7 (UPI) -- The slight easing of inflation is a welcomed sight for consumers but an end to the more than year-long battle against rising prices is far from over according to Federal Reserve Chair Jerome Powell.

U.S. News // 4 hours ago
DHS bans chokeholds, limits no-knock entries
Feb. 7 (UPI) -- The Department of Homeland Security's latest policy update adds constraints to the use of force by law enforcement officers, including a ban on chokeholds and new limitations on carrying out no-knock warrants.