Back in February, CVS announced it planned to stop offering those products in their stores by October 1st, making it the first national pharmacy chain to do so. CVS has 7,600 stores nationwide.

In a statement, the President of Campaign for Tobacco-Free Kids, Matthew Myers said: "CVS' announcement to stop selling tobacco products fully a month early sends a resounding message to the entire retail industry and to its customers that pharmacies should not be in the business of selling tobacco."

CVS estimates it will lose around $2 billion dollars in annual revenue and will impact earnings in 2014 by about 19 cents a share.

The Centers for Disease Control and Prevention says smoking tobacco causes more than 5 million deaths per year globally and this figure it set to jump to 8 million annually by 2030. The U.S. accounts for around 489,000 deaths, of which 49,000 are caused by second-hand smoke exposure.

"Today, CVS took a significant step in stopping the sale of tobacco products in their stores and kicking off a smoking-cessation campaign. As one of our country's largest retailers and pharmacies, the newly-named CVS Health is setting a powerful example that we hope others in the industry will follow. CVS's actions will not only help Americans across the country who are trying to quit smoking, it will also help ensure that when families go to their neighborhood pharmacy, they can get the information and support they need to live healthy lives, which can contribute to driving down health care costs. The President has made creating a tobacco-free generation a top priority. These efforts include signing the landmark Family Smoking Prevention and Tobacco Control Act, which gave the U.S. Food and Drug Administration authority over tobacco products; expanding tobacco cessation coverage and making new investments in prevention campaigns through the Affordable Care Act; and increasing the cost of cigarettes through a federal excise tax increase in the Children's Health Insurance Program Reauthorization Act. And 50 years after the Surgeon General's landmark Report on Smoking and Health, we have reduced smoking rates by half. However, our work is far from done, and today's announcement by CVS Health is an important step forward in improving the health and lives of millions of Americans." 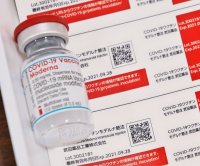 U.S. News // 32 minutes ago
CDC approves Moderna, J&J COVID-19 boosters, mixing and matching doses
Oct. 22 (UPI) -- Tens of millions of additional Americans will now be able to get a COVID-19 booster shot after the CDC authorized extra doses of the vaccines produced by Moderna and Johnson & Johnson. 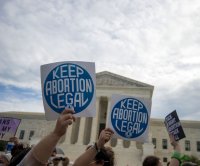