Texas Gov. Rick Perry said he plans to fight indictments of abuse of power and called the charges a 'farce.'

AUSTIN, Texas, Aug. 16 (UPI) -- Texas Gov. Rick Perry on Saturday called a two-count indictment of abuse of power against him a "farce of a prosecution."

The one-time Republican presidential candidate was indicted Friday on two counts of abuse of official capacity and coercion of a public servant related to an incident last year in which he vetoed the $7.5 million biennial funding for the Travis County Public Integrity Unit.

He had threatened to withhold the money unless District Attorney Rosemary Lehmberg resigned.

The Public Integrity Unity is a state-funded part of the Travis County District Attorney's Office. It investigates public corruption and at the time was investigating one of Perry's projects.

Perry had said he didn't believe the state should fund an office directed by someone who didn't have the public's trust, referring to a Lehmberg's drunk driving arrest in 2013.

Lehmberg refused to resign after pleading guilty to the drunk driving charge, served 45 days in prison and completing an alcohol treatment program.

Perry addressed the indictments during a six-minute news conference.

"I wholeheartedly and unequivocally stand behind my veto, and will continue to defend this lawful action of my executive authority as governor," he said.

Perry said he intended to fight the charges "and I intend to win."

His full statement is below:

RELATED Bachmann: Don't count me out for 2016

"As governor, I took an oath to faithfully uphold the constitution of Texas, a pledge that I have kept every day as I've worked on behalf of Texans for the last 14 years. This same constitution clearly outlines the authority of any governor to veto items at his or her discretion. Just as I have following every legislative session during my service as governor, I exercised this authority to veto funding for an office whose leadership had lost the public's confidence by acting inappropriately and unethically.

"I wholeheartedly and unequivocally stand behind my veto, and will continue to defend this lawful action of my executive authority as governor. We don't settle political differences with indictments in this country. It is outrageous that some would use partisan political theatrics to rip away at the very fabric of our state's constitution.

"This indictment amounts to nothing more than an abuse of power and I cannot, and will not, allow that to happen. I intend to fight against those who would erode our state's constitution and laws purely for political purposes, and I intend to win. I will explore every legal avenue to expedite this matter and bring it to a swift conclusion. I am confident we will ultimately prevail, that this farce of a prosecution will be revealed for what it is, and that those responsible will be held to account." 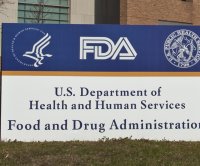 U.S. News // 1 day ago
Iowa State officer killed trying to arrest armed, barricaded man
April 11 (UPI) -- Sgt. Jim Smith, a 27-year veteran of the Iowa State Patrol, was shot and killed attempting to apprehend a man who barricaded himself inside his home after assaulting another Iowa law enforcement officer.