Johnson: "Before another small town's police force gets a $700,000 gift from the Defense Department that it can't maintain or manage, it behooves us to reign in the Pentagon's 1033 program and revisit the merits of a militarized America. I hope we can work together on this important issue." 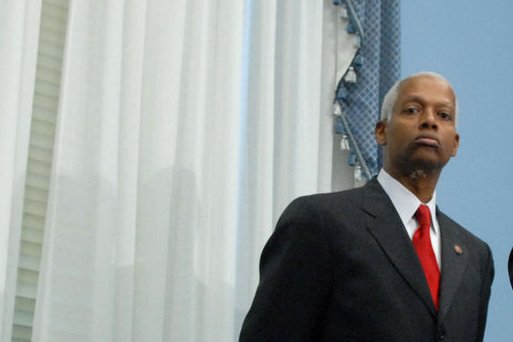 In the wake of outrage caused by riots in Ferguson, Missouri over the fatal shooting by an as-of-yet unnamed officer of 18-year-old Michael Brown being suppressed with extreme force, Rep. Hank Johnson (D-GA) announced Thursday a bill to demilitarize police agencies. (UPI Photo/Kevin Dietsch) | License Photo

As witnessed in the response by authorities to demonstrations in Ferguson, Missouri -- protests which have been put down with rubber bullets and tear gas by police wearing military-grade body armor and driving armored vehicles -- it has become standard practice for law enforcement around the country to be equipped with surplus military equipment.

The Pentagon's program 1033, a section of the National Defense Authorization Act, "permits the Secretary of Defense to transfer, without charge, excess U.S. Department of Defense (DoD) personal property (supplies and equipment) to state and local law enforcement agencies (LEAs)," according to the Washington Post.

Newsweek notes the program's roots in the war on drugs. Reporting on how small town police have acquired military arsenals including MRAP armored troop carriers built to withstand roadside bombs, night-vision scopes, silencers, Humvees, M-16's, and even grenade launchers through the 1033 program, the magazine spoke to the Defense Logistics Agency which coordinates distribution of surplus military equipment. The DLA told the magazine no public record of procurement is kept.

RELATED Rand Paul: If you don't realize race skews the justice system, you're not paying attention

According to The New Yorker, "in many instances, the receipt of these military-grade weapons is contingent on their use within a calendar year."

"If you have a hammer, everything looks like a nail," Kara Dansky, one of the authors of the American Civil Liberties Union's report War Comes Home: The Excessive Militarization of American Policing, told the magazine. "When the police have these weapons, they're more likely to use them."

Introducing the bill in the context of events in Ferguson, Missouri, Johnson said, "Before another small town's police force gets a $700,000 gift from the Defense Department that it can't maintain or manage, it behooves us to reign in the Pentagon's 1033 program and revisit the merits of a militarized America. I hope we can work together on this important issue."

And Johnson isn't the only Congressman to voice growing concern.

In an op-ed for Time, Senator Rand Paul, R-Ky wrote, "when you couple this militarization of law enforcement with an erosion of civil liberties and due process that allows the police to become judge and jury -- national security letters, no-knock searches, broad general warrants, pre-conviction forfeiture -- we begin to have a very serious problem on our hands."

The text of Johnson's bill for the "Stop Militarizing Law Enforcement Act" in its entirety:

U.S. News // 15 hours ago
2 U.S. vaccine trials to resume after pauses
Oct. 24 (UPI) -- Vaccine trials will resume in the United States for two late-stage COVID-19 medications in production by drugmakers AstraZeneca and Johnson & Johnson, both of which were halted after participants became ill.

U.S. News // 19 hours ago
Macy's cancels visits with Santa, offers online experience
Oct. 24 (UPI) -- Macy's has announced that stores will be canceling in-person visits with Santa Claus because of the coronavirus pandemic.

U.S. News // 22 hours ago
Trump votes in Florida before heading to rallies in N.C., Ohio, Wis.
Oct. 24 (UPI) -- President Donald Trump voted in person at a library near West Palm Beach, Fla., on Saturday morning before taking off for campaign stumps in three states. 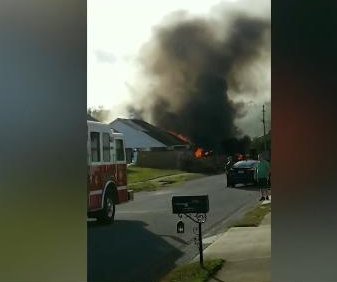