Joseph Woods was given two death sentences for shooting his girlfriend and her father in 1989 in a Tucson auto body shop.

WASHINGTON, July 23 (UPI) -- The U.S. Supreme Court has lifted a stay on an Arizona execution, allowing the state to put Joseph Wood to death by lethal injection Wednesday.

The high court in its ruling Tuesday vacated the stay granted by a divided three-judge appeals panel that ruled Wood has the right to information on the manufacturer of the drugs to be used to kill him. The 9th Circuit then sent the case to the Supreme Court instead of holding an en banc hearing before all the judges on the court.

Wood, 55, was given two death sentences for killing his girlfriend, Debra Dietz, and her father, Eugene Dietz, in 1989. Angry over his girlfriend's decision to move out of their apartment, he drove to her father's auto body shop in Tucson where he shot both.

Execution drugs have become a thorny issue because pharmaceutical companies have stopped supplying them. States have been changing their protocols and turning to compounding pharmacies, enacting secrecy laws to conceal suppliers' identities.

Arizona notified Woods' lawyers it would be using Midazolam and Hydromorphone in a two-drug protocol but refused to identify the supplier. Woods argued he has a First Amendment right to know the manufacturer.

In his opinion, 9th Circuit Judge Sidney Thomas said there were "flawed executions" in Ohio and Oklahoma using the protocol. Judge Jay Bybee, who dissented, suggested lawyers for death row inmates are playing legal games, and said the First Amendment argument is the "latest tool in this court's ongoing effort to bar the state from lawfully imposing the death penalty."

U.S. News // 3 hours ago
Biden nominates 'Miracle on the Hudson' pilot Sullenberger to be ambassador
June 15 (UPI) -- Chesley "Sully" Sullenberger III, the pilot who landed a US Airways flight in the Hudson River after a bird strike, was nominated Tuesday to be an ambassador. 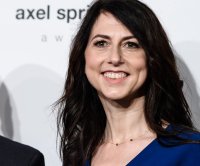 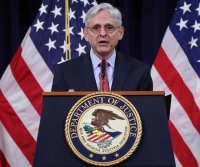