While funding transportation projects through August is the immediate concern, the president said Congress shouldn't "pat itself on the back" for "kicking the can down the road."

U.S. President Barack Obama (C) is welcomed to the stage by Transportation Secretary Anthony Foxx at the The Federal Highway Administration's Turner-Fairbank Highway Research Center in Mclean, Virginia on July 15, 2014. The center is home to 20 laboratories and conducts applied and exploratory advanced research in vehicle-highway interaction, nanotechnology, and a host of other types of transportation research fro better safety. UPI/Chip Somodevilla/Pool | License Photo

WASHINGTON, July 15 (UPI) -- The House passed a critical funding bill Tuesday to maintain transportation funding through the rest of the fiscal year by a comfortable 367-55 vote margin.

The stop-gap measure, which would add $11 billion to the Highway Trust Fund, will keep the program from running out of money in August and support more than 100,000 transportation projects around the country.

Ten Democrats opposed the bill, saying instead the House should opt for a longer-term solution, while 45 Republicans voted against it as a bailout.

At an event at the Turner-Fairbank Highway Research Center in Virginia Tuesday, President Obama urged action from Congress on not only a stop-gap measure for the rest of the year, but a new funding bill that would continue to pay for ongoing projects.

"If Congress fails to fund it, it runs out of money. That could put nearly 700,000 jobs at risk, including more than 17,000 right here in Virginia," Obama said. "At the very least, Congress should be keeping people on the job who are already there right now. But all this does is set us up for the same crisis a few months from now."

"So Congress shouldn't pat itself on the back for averting disaster for a few months, kicking the can down the road for a few months, careening from crisis to crisis when it comes to something as basic as our infrastructure," he said. "Instead of barely paying our bills in the present, we should be investing in the future."

A Senate bill has been passed out of committee and is awaiting a floor vote. 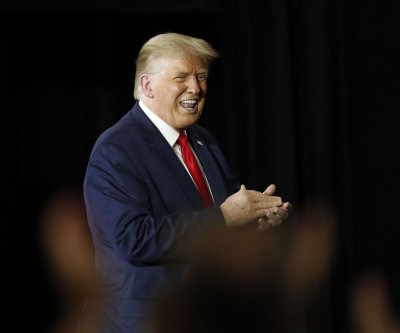