Border sheriff: "If we find one body, we're probably missing 10." 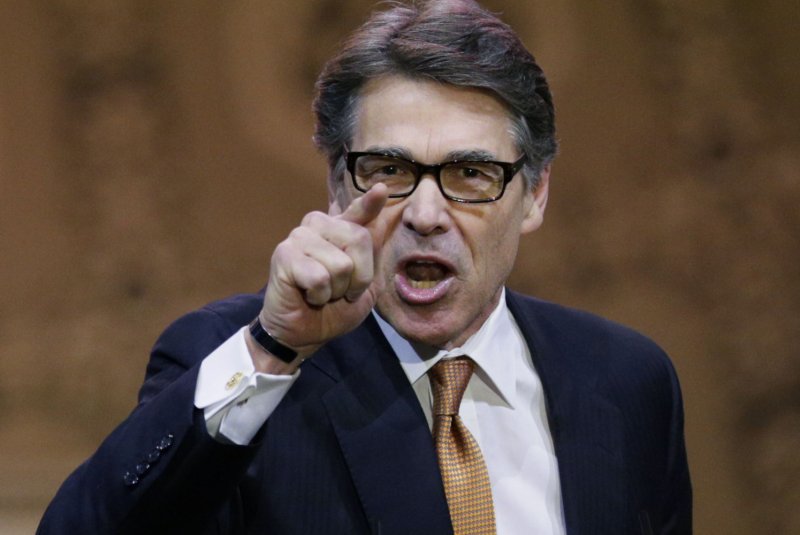 WESLACO, Pa., June 24 (UPI) -- Texas Gov. Rick Perry had harsh words for Central American leaders Tuesday, warning of a "Trail of Tears" if their citizens did not stop crossing the Texas-Mexico border.

"We can't allow this to happen, and our federal government is the one that has the ability to work with those countries to stop this from happening," Perry said. "We know you can do this, but there has to be the will and there has to be the courage."

"There are babies there that have been transported all across Mexico. I am telling you, that in July and August, if the message does not get out into those countries in Central America, you're going to see a 'Trail of Tears' again from Central America to Texas."

RELATED Gov. Perry says he 'stepped right in it' with homosexuality comment

The Trail of Tears was the forced relocation and subsequent ethnic cleansing of Native Americans from the southeastern United States following the Indian Removal Act of 1830. It is widely considered one of the darkest chapters in American history.

Brooks County Chief Deputy Sheriff Urbino Martinez, who is tasked with enforcing the law along a portion of the Texas-Mexico border, said the current situation is grim and getting worse.

"If we find one body, we're probably missing 10," Martinez told the Los Angeles Times. "That's how many bodies I think are out there that haven't been discovered."

When asked what Martinez foresees for the summer of 2014, he answered bluntly: "More death."