Members of CodePink protest the Obama administration's use of drone strikes in front of the Department of Justice on February 21, 2013 in Washington, D.C. UPI/Kevin Dietsch | License Photo

WASHINGTON, June 23 (UPI) -- A federal appeals court has released the controversial Justice Department memo that lays out the legal justification for the killing of four Americans suspected of terrorism overseas.

The memo provided the grounds for the Obama administration to target and kill Anwar al-Awlaki, an American cleric believed to be a top recruiter for al-Qaida, without trial in a drone strike in Yemen in 2011.

Although the evidence against Awlaki was redacted from the version of the memo released, it does find that the foreign murder statute "did not intent to criminalize justifiable or excusable killings," and that the decision deals with the specifics of Awlaki, not a blanket conclusion. Most importantly, it says, the capture of Awlaki would have been "infeasible at this time."

"In addition to the nature of the threat posted by al-Aulaqi's activities, both agencies here have represented that they intend to capture rather than target al-Aulaqi if feasible; yet we also understand that an operation by either agency to capture al-Aulaqi in Yemen would be infeasible at this time."

The memo was released Monday as part of the decision of the consolidated Freedom of Information Act lawsuits brought against the government by The New York Times and the American Civil Liberties Union.

David Barron, who was the acting head of DOJ's Office of Legal Council at the time and became a federal judge in Boston last month, authored the memo. His confirmation in the Senate faced significant opposition over the memo, and only passed after the White House said it wouldn't appeal the court's decision.

The memo itself begin on page 67 of the PDF, embedded below: 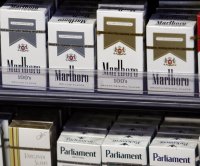