Supporters said more civil liberties protections were needed against the NSA than the USA Freedom Act would provide, while those opposed said it would 'create a blind spot' for terrorists.

CodePink activist Tighe Berry and Medea Benjamin participate in a CodePink demonstration against Sen. Dianne Feinstein (D-CA) and what the group is calling her 'two-faced stance on spying' near her office in the Hart Senate Office Building in Washington, DC, on March 12, 2014. UPI/Kevin Dietsch | License Photo

WASHINGTON, June 20 (UPI) -- In a move that revealed lingering discomfort with the NSA, the House passed an amendment that would expand protections against the spy agency collecting information on U.S. citizens.

Liberal Democrats and libertarian Republicans joined together to pass an amendment to the Defense appropriations package that would prohibit the National Security Agency and the CIA from collecting Americans' online data without a warrant or from placing surveillance "backdoors" in commercial tech products.

The amendment, introduced by Rep. Thomas Massie, R-Ky., passed 293-123, nearly the same margin as the USA Freedom Act, which would prohibit bulk collection of telephone metadata and passed the House 303-121 last month.

"The American people can be kept safe and we can follow the Constitution," Massie said during a debate on the House floor ahead of the vote Thursday night.

"Islamic radical terrorists are on the march in Iraq and the leader has publicly threatened to attack America," countered Goodlatte. "Syria has become a vortex of jihadists from across the globe and the director of national intelligence and the director of homeland security have warned of the growing threat jihadists pose to our homeland."

"This amendment would create a blind spot for the intelligence community tracking terrorists with direct connections to the U.S. homeland," he continued. "Such an impediment would put American lives at risk of another terrorist attack." 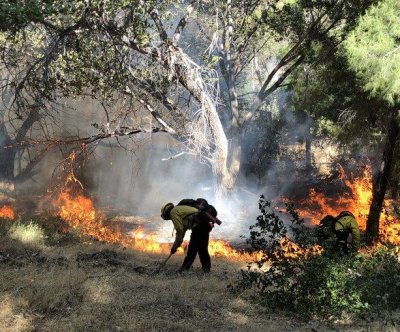