Lawyer for Wisconsin Club for Growth says unsealed documents bolster its case that investigation into Gov. Scott Walker is a witch hunt.

Walker became a conservative hero in 2011 by taking on public employee unions, but faced a recall election in 2012 as a result. In the documents, prosecutors say that Walker, R.J. Johnson and Deborah Jordahl were involved in a "criminal scheme" to coordinate spending with a network of groups that contributed millions of dollars to help him keep his job.

The Wisconsin Club for Growth, which sued to stop the investigation, asked to have some of the documents unsealed. The group charges Democratic prosecutors are engaged in a witch hunt against Walker.

"The materials released today are all ones that we asked the district court to unseal because the public has a right to know about the the John Doe prosecutors' abuse of government power," Andrew Grossman, a lawyer for the Club for Growth, said in a written statement.

RELATED "Citizen Koch" documents the effect of money on politics

The Club for Growth argues it is exempt from rules about coordination with outside groups because it does not endorse candidates. It did run ads praising Walker and criticizing his opponent.

The documents include excerpts from emails, including one Walker sent Karl Rove, President George W. Bush's longtime strategist and now involved with the American Crossroads PAC.

"Bottom-line: R.J. helps keep in place a team that is wildly successful in Wisconsin," Walker told Rove on May 4, 2011. "We are running 9 recall elections and it will be like 9 congressional markets in every market in the state (and Twin Cities)."

R.J. Johnson is also a top adviser to the Wisconsin Club for Growth.

Frank Easterbrook, a federal appeals judge who is reviewing the lawsuit and the investigation, ordered the documents unsealed. The investigation is at least temporarily on hold. 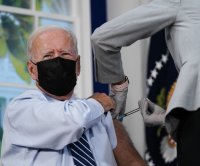