John Henry Ruthell, executed for double murder almost 30 years ago, died without incident at the state prison in Raiford, Fla.

A protester is arrested at the scene outside the Georgia Diagnostic and Classification Prison in Jackson, Ga., on Wednesday, Sept. 21, 2011 after a delay in the execution of death row inmate Troy Davis. UPI Photo/David Tulis | License Photo

RAIFORD, Fla., June 19 (UPI) -- A Florida man was executed for killing his wife and her young son almost 30 years ago, becoming the third person put to death in the United States in 24 hours.

John Ruthell Henry's execution at the state prison in Raiford was delayed for 90 minutes Wednesday as prison officials waited for a last-minute appeal to the U.S. Supreme Court for a stay. The execution began at 7:30 p.m.

Henry, Marcus Wellons, who died late Tuesday in Georgia, and John Winfield, put to death early Wednesday in Missouri, were the first people to be executed in the country since the botched execution of Clayton Lockett in late April in Oklahoma. Wellons was sentenced to death for raping and killing a 15-year-old girl in 1989, and Winfield for a brutal attack on his ex-girlfriend that left two of her friends dead.

Like Wellons and Winfield, Henry, 63, died quietly. He was pronounced dead at 7:43 p.m., less than 15 minutes after the lethal drugs were administered.

Henry stabbed his estranged wife, Suzanne Henry, in December 1985 and then drove around with her son, Eugene Christian, 5, before killing him several hours later. He had been paroled in 1983 after serving a prison term for killing a girlfriend.

He apologized to Suzanne's family before he was executed.

Selena Geiger, Suzanne Henry's niece, said she was relieved by the execution.

RELATED Majority in U.S. now prefer life with no parole to execution for convicted killers

"I don't have to worry about checking in with the state of Florida to see when they're going to deal with him," she said. "Watching him take his last breath was good for me." 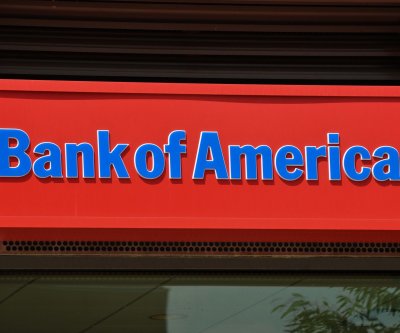 U.S. News // 1 hour ago
Poll: U.S. conjures up mostly negative, neutral words in Canada, Mexico
April 6 (UPI) -- New research said Monday that "Trump," is mostly the first word that comes to mind when Canadians are asked about the United States, while Mexicans are most likely to think "money" or "work."