Potential presidential candidate: I would accept Eric Cantor if he were gay.

GEORGETOWN LAKE, Mont., June 19 (UPI) -- In a new profile by the National Journal, former Montana governor and potential candidate for president Brian Schweitzer offered no filter when it came to his opinion of southern gentlemen.

"Don't hold this against me, but I'm going to blurt it out," Schweitzer said. "How do I say this ... men in the South, they are a little effeminate.

The newly-published comments came in response to a question about soon-to-be former House Majority Leader Eric Cantor, who had just been defeated by primary challenger Dave Brat that day.

"They just have effeminate mannerisms. If you were just a regular person, you turned on the TV, and you saw Eric Cantor talking, I would say -- and I'm fine with gay people, that's all right -- but my gaydar is 60-70 percent. But he's not, I think, so I don't know. Again, I couldn't care less. I'm accepting."

RELATED House GOP to vote on new leadership... for now

The National Journal's profile focuses on Schweitzer's unconventional disposition for a Democrat, dubbing the ruralist liberal "the gonzo option."

"You know I can only be who I am. I grew up with guns, and I'm a Democrat ... a different kind of Democrat."

In addition to his quotable lack of filter and unique cultural niche, the scientist-turned-politician also used the profile to draw attention to his unconventionally personal approach to foreign affairs.

"I saw the world," Schweitzer proclaimed. "You don't even know anybody else who lived in the Middle East for seven years."

"You don't know anybody else who went there without speaking a single word of Arabic and learned it and started his own business and did business in Arabic in the most closed society in the Middle East. I did business directly with princes, sheiks, royal family, and built huge, huge projects there."

U.S. News // 3 hours ago
Exceptional western U.S. heat wave to bring days of dangerously high temperatures
The magnitude of the heat expected across the western United States through the coming week will be one for the record books, according to forecasters.

U.S. News // 17 hours ago
Pentagon redirects $2.2B in border wall spending to military projects
June 11 (UPI) -- The Biden administration on Friday announced plans to redirect $2.2 billion in funds previously set aside for border wall construction to pay for dozens of Defense Department projects. 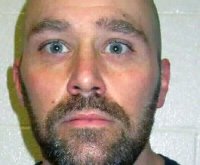