Report: Man freed by jury error is fatally attacked within an hour of his release

FRESNO, Calif., June 12 (UPI) -- A California man who was released from the Fresno County Jail after a jury mistakenly signed a not-guilty verdict form was free for about an hour before being fatally attacked.

A Fresno County Superior Court jury accidentally found Bobby Lee Pearson not guilty of burglary charges and the judge was forced to order his release.

"I can't believe it," Judge W. Kent Hamlin said after he ordered Pearson to be set free, the Fresno Bee reported.

Pearson was released late on Wednesday night and he went to get some clothing at the home of a relative.

He reportedly had an altercation with the boyfriend of a relative and he was found in the road with fatal wounds to his torso and head early on Thursday morning.

A suspect is in custody.

"He was a good man and my son's father," Mya Thomas told the Bee. 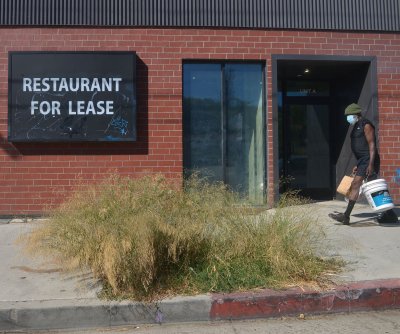 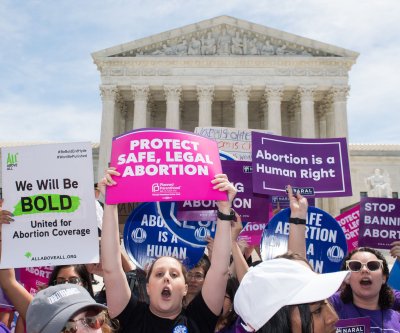 U.S. News // 3 hours ago
Gallup: 8 in 10 Americans favor some form of legal abortion
Sept. 30 (UPI) -- Eight in 10 Americans approve of legalized abortion in some form -- but the vast majority also believe there should be at least some restrictions on the procedure, a new Gallup survey shows.

U.S. News // 4 hours ago
Comey to testify in Senate on origins of Justice Dept. Russia inquiry
Sept. 30 (UPI) -- Former FBI Director James Comey will testify in Congress on Wednesday in the third oversight hearing related to the investigation of the bureau's inquiry of Russian interference in the 2016 election.

U.S. News // 16 hours ago
Hollywood Commission report: Majority believe harassers won't be held accountable
Sept. 29 (UPI) -- A majority of workers in the entertainment industry believe that people of power accused of sexual harassment are unlikely to be held accountable, according to an industry report released Tuesday.

U.S. News // 16 hours ago
Pennsylvania women receive life imprisonment for murder of 5 family members
Sept. 29 (UPI) -- A Pennsylvania woman and her adult daughter were each sentenced to five-consecutive life sentences after pleading guilty to murdering five of their family members in 2019.

U.S. News // 17 hours ago
Disney to lay off 28,000 due to pandemic
Sept. 29 (UPI) -- Disney announced Tuesday it's laying off about 28,000 employees in the United States in response to a loss of business because of the coronavirus pandemic.