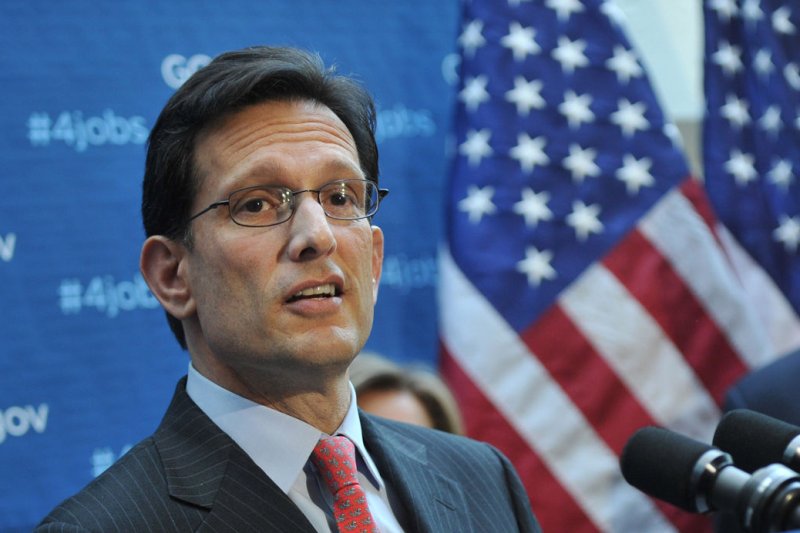 WASHINGTON, June 11 (UPI) -- With only 10 working days until the July 4 recess, the unexpected primary defeat of House Majority Leader Eric Cantor -- a proponent of immigration reform -- makes the future of reform legislation even less promising, although advocates say the upcoming general elections may help sway Republicans to support the legislation.

"We do still think there is a chance for some movement on the issue in June or July," said Laura Vazquez, senior immigration legislative analyst for National Council of La Raza.

La Raza, the largest Hispanic civil rights and advocacy organization in the U.S., recently released an "immigration scorecard" that it hoped would serve as a call to action for House Republicans.

RELATED Who exactly is Dave Brat?

The Brookings Institution, along with the Public Religion Research Institute, recently released a survey showing that six in 10 Americans support a path to citizenship for undocumented immigrants, as proposed by the reform legislation.

The survey also found that when asked how the immigration system should deal with undocumented immigrants currently living in the U.S., 62 percent favor allowing them a way to become citizens provided they meet certain criteria.

On the other hand, 19 percent favor identifying and deporting undocumented immigrants, while 17 percent responded that they should be allowed to become permanent legal residents but not citizens.

RELATED Cantor backs McCarthy to replace him as majority leader

Some Democrats in Congress are calling for an immediate vote, saying Republicans should realize that their inaction would mean a rough election season in this year's elections.

Speaking on the floor of the House of Representatives on Wednesday, Rep. Luis Gutierrez, D-Ill., said the Republicans are taking chances not only with congressional seats in November but with their chances of taking back the White House in 2016.

"They can choose to address the immigration issue head on and get it resolved, and give the Republican nominee in 2016 a fighting chance in his or her run for the White House."

Gutierrez said if Congress can't pass immigration reform, the president will have to "rescue the country" from our "dysfunctional immigration system."

The House has yet to pass a bill, with most proposals defeated by the Judiciary Committee.

Cantor announced Wednesday he would resign as majority leader because of his unexpected primary loss Tuesday to tea party candidate David Brat. The majority leader is responsible for setting debate on the House floor.

During the news conference where he resigned, Cantor said of immigration reform, "I think it is much more desirable and practically doable if we did it one step at a time, working towards where we have common ground and believe things in common."

Supporters of immigration reform are also pushing for the passage of the DREAM Act, a bill that would provide conditional permanent residency to certain immigrants who arrive to the United States as minors, graduate from high school and are of "good moral character."

President Barack Obama called the surge a crisis and appointed the Federal Emergency Management Agency to lead the government's response.

Vasquez said the influx of unaccompanied immigrant minors illustrates the extent of the problem. "Immigration is extraordinarily personal," she said. "Jobs are on their minds, but immigration is in their hearts."

U.S. News // 33 minutes ago
Columbia student killed, Italian tourist hurt by knife attacker in NYC
Dec. 3 (UPI) -- Authorities said Friday that a graduate college student and a tourist were stabbed in New York City at two different locations, but likely by the same attacker in what appear to be random attacks.