Elizabeth Warren heads to Ky. to take on McConnell over student loans

WASHINGTON, June 12 (UPI) -- A furious Elizabeth Warren is heading to Kentucky to take Mitch McConnell to task for leading Senate Republicans in blocking her bill allowing refinancing on student loans.

Sen. Warren, D-Mass., led 40 other senators in sponsoring the legislation that would allow borrowers to refinance their student loans to the interest rate congress set for new loans last summer, only to see the bill stopped by a Republican filibuster Wednesday.

Warren said she's going to throw her political weight behind McConnell's senate race opponent, Alison Lundergan Grimes, who has kept the race against the Senate minority leader within the margin of error.

"One way I'm going to start fighting back is I'm going to go down to Kentucky and I'm going to campaign for Alison Lundergan Grimes," Warren said during an MSNBC interview Wednesday night. "She's tough, she's feisty, she endorsed the student loan bill."

"I'm going to get out there and try to make this happen for her," Warren said.

Warren is one of the rising stars of the Democratic party, and will likely be deployed as one of its most effective fundraising weapons in the midterms, although she hasn't officially signed on to help any other campaigns. Despite her repeated insistence that she isn't running for president in 2016, polls show Warren still getting about 6 percent of the vote for the Democratic nomination, behind Hillary Clinton and Vice President Joe Biden.

"Our campaign welcomes Senator Warren's support as she champions relief for Kentuckians crushed under the burden of student loan debt," Grimes campaign manager Jonathan Hurst said Thursday. "Unlike Mitch McConnell who votes against helping students at every turn, Alison Lundergan Grimes will stand up for every Kentuckian who dreams of obtaining a college degree."

Grimes standing with Warren, Obama and Reid "tells you everything about who she will stand with in Washington," Wilcox said.

But progressives, Warren's key constituency, are convinced the Republicans are playing right into her hands.

The Progressive Change Campaign Committee, which has coordinated with Warren on a series of events supporting the student loan bill, gathered nearly 85,000 signatures to deliver to Congress in support of the legislation.

"Any Republican who voted against this bill voted against students and voted against our economy," said Stephanie Taylor, co-founder of PCCC. "They just handed Democrats a huge opportunity. Progressive candidates are already campaigning all over the country on this issue."

U.S. News // 5 hours ago
CDC unveils guidance to allow cruise ships to return to sea
Oct. 31 (UPI) -- The U.S. Centers for Disease Control and Prevention has chosen not to renew its "no sail" order for passenger cruise ships and unveiled new guidelines for the gradual resumption of voyages. 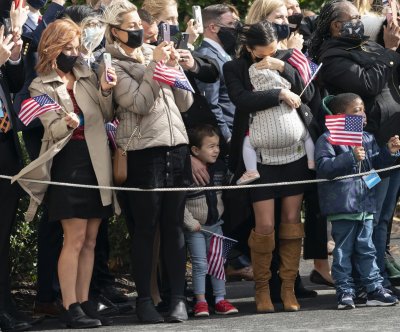 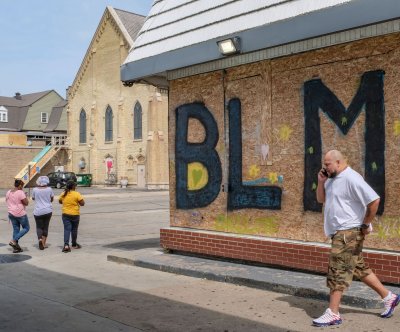 U.S. News // 23 hours ago
Trump criticizes Minnesota leaders over rally attendance size
Oct. 30 (UPI) -- President Donald Trump criticized leaders in Rochester, Minn., on Friday after he was forced to agree to a smaller rally than he wanted due to coronavirus-related restrictions.

U.S. News // 20 hours ago
Walmart returns guns, ammo to sales floors
Oct. 30 (UPI) -- Walmart said Friday it's returning guns and ammunition to the shelves of its stores, one day after pulling the products over fears of store break-ins and thefts during potential civic unrest.