The former Republican candidate for vice president says Bergdahl's service was not honorable and President Obama made a mistake negotiating for his safe return.

WASHINGTON, June 4 (UPI) -- Never one to shy from controversy, half-term Alaska governor Sarah Palin has weighed in on the return of Sgt. Bowe Bergdahl, slamming both Obama and the soldier himself.

"Does anyone remember abused POWs like John McCain, Tom Moe, James Stockdale, Tom Kirk, and other American troops forgetting the English language during their years and years of brutal, inhumane captivity," Palin asked in response to news Bergdahl had to re-learn english.

"Seems these war heroes returned to their beloved country not speaking Vietnamese, but speaking KickAss against those who would destroy the red, white, and blue...Sympathizers now tell the media Bergdahl can't be held to account anytime soon because he can't be interviewed... claiming he's forgotten how to speak English. Really? Then # Call1-800-RosettaStone."

Earlier in the week, Palin had strong words for President Obama, saying he was wrong to negotiate with the Taliban for what she views as a low-value commodity.

"No, Mr. President, a soldier expressing horrid anti-American beliefs – even boldly putting them in writing and unabashedly firing off his messages while in uniform, just three days before he left his unit on foot – is not 'honorable service,'" Palin wrote in a Facebook post.

The "anti-American beliefs" Palin alluded to were comments made by Bergdahl in private emails to his family expressing his frustration with the military and the war in Afghanistan.

"I am ashamed to be an american," Bergdahl wrote. "And the title of US soldier is just the lie of fools. The US army is the biggest joke the world has to laugh at. It is the army of liars, backstabbers, fools, and bullies. The few good SGTs are getting out as soon as they can, and they are telling us privates to do the same."

"We were given a fictitious picture, an artificially created picture of what we were doing in Afghanistan. In the US army you are cut down for being honest... but if you are a conceited brown nosing [expletive] bag you will be allowed to do what ever you want, and you will be handed your higher rank... The system is wrong." 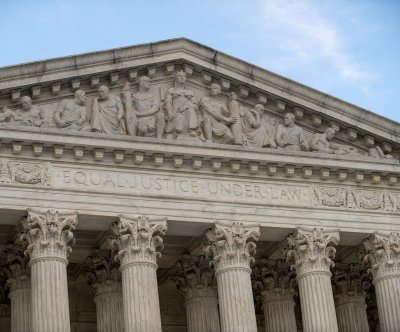 U.S. News // 24 minutes ago
Poll: Most said Supreme Court makeup 'about right' before Ginsburg's death
Sept. 24 (UPI) -- Before Ruth Bader Ginsburg's death left a vacancy on the the U.S. Supreme Court, the greatest share of Americans said the ideological makeup of the high court was "about right," a Gallup survey showed Thursday.

U.S. News // 1 hour ago
Killer Christopher Vialva set to become 7th executed by U.S. this year
Sept. 24 (UPI) -- The U.S. government is scheduled Thursday to execute its seventh inmate since resuming capital punishment at the federal level earlier this summer -- a man who killed a couple in Texas more than 20 years ago.

U.S. News // 4 hours ago
Judge rules Eric Trump must give deposition before election
Sept. 24 (UPI) -- A New York state judge has dismissed a request from Eric Trump, the son of President Donald Trump, to delay being interviewed by the state's attorney general until after the November presidential election. 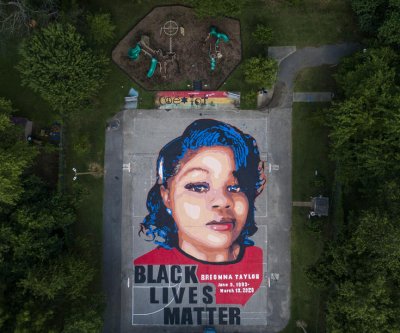 U.S. News // 12 hours ago
Weather conditions to increase wildfire danger in Western U.S.
Sept. 23 (UPI) -- A heat dome is expected to bring high temperatures to the Western United States, which has already been plagued by wildfires that have burned nearly 4 million acres throughout the region.