President Bill Clinton and Bill Cosby were among those remembering Philadelphia philanthropist Lewis Katz for his sense of humor and good works.

Bill Cosby, shown here at a Temple University basketball game in 2004, was one of the speakers at a memorial service for Philadelphia Inquirer owner Lewis Katz on June 4, 2014, at Temple, their mutual alma mater. (UPI Photo/John Angelillo) . | License Photo

The audience and speakers included notable names like President Bill Clinton and Bill Cosby, who like Katz was a Temple alumnus. Hundreds of people formed a line on Broad Street for a chance to remember Katz.

Katz, who had just won control of the Philadelphia Inquirer with a partner, was killed Saturday in a plane crash in Massachusetts. He had flown there with a group of friends for a fundraiser hosted by historian Doris Kearns Goodwin at her home in Concord, and the plane crashed during takeoff on the return trip.

He was remembered for his many acts of kindness, both public and personal, and for his wild sense of humor.

"He took a trip we couldn't imagine. His life force was such that we thought he'd be around forever," Clinton said.

Clinton also remembered that Katz once asked him to whisper in his ear during a fundraiser.

"If you whisper in my ear, they'll think we're close and I can raise more money," Katz told him when Clinton asked why.

Clinton said he responded "Lew, you're a putz," and Katz acted as if he had just been entrusted with the nuclear code.

Cosby wore a shirt that said "Self Made, Philly Made, Temple Made." He spoke of Katz's boyhood in Camden, N.J., and of the time and money he invested in what is now one of the country's poorest cities.

RELATED Philadelphia Inquirer and Daily News to be auctioned off today

The speakers also included former Pennsylvania Gov. Ed Rendell, who was invited to fly to Massachusetts with Katz, U.S. Sen. Cory Booker, D-N.J., who said Katz told him "any idiot can win an election," and Katz's children and grandchildren.

The names of the others killed in the crash were also read aloud at the service.

Investigators for the National Transportation Safety Board said in a news conference Tuesday that Katz's Gulfstream IV skidded off the runway at the airport in Bedford, Mass., and exploded after the pilots apparently tried to stop takeoff. At a news conference, they said the plane reached takeoff speed but remained on the runway. 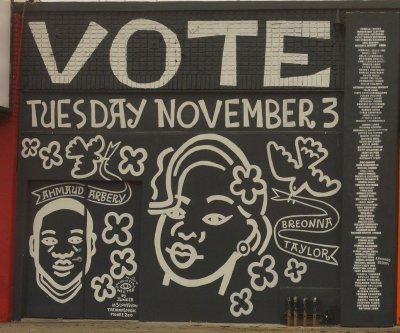 U.S. News // 17 hours ago
Poll: Majority of Americans want 2020 winner to pick Ginsburg's replacement
Sept. 25 (UPI) -- A majority of Americans believe whoever is elected president in November should be the one to nominate the jurist to replace Ruth Bader Ginsburg on the Supreme Court, a poll released Friday found.