House VA Committee Chairman Jeff Miller called for the Senate to quickly pass a bill that would allow the VA secretary to fire people involved in keeping the secret wait lists at a Phoenix hospital.

Rep. Duncan Hunter, R-Calif., stands with House Republicans and veterans to condemn mismanagement at the Department of Veterans Affairs and call for accountability measures. (UPI/Gabrielle Levy)

WASHINGTON, May 29 (UPI) -- House Republicans and veterans gathered on Capitol Hill Thursday to demand the passage of a measure that would allow the Secretary of Veterans Affairs to fire individuals involved in the ongoing Phoenix VA hospital scandal.

House VA Committee Chairman Jeff Miller, R-Fla., urged the Senate to quickly pass a House-passed bill giving the secretary the ability to do more than put staff on leave, as well as several other upcoming measures that will put a five-year freeze on bonuses for senior executives and another that would codify veterans' ability to go outside the VA for their healthcare.

"We've had problems time and time again where it appears it's easier to get a bonus at VA than it is to get disciplined or be fired," Miller said. "The secretary says he has the tools to do the job: He has not used those tools."

"We are going to give him more tools in order to give him what is necessary to give veterans the care the benefits and they honor that they have earned," Miller said.

An interim report released Wednesday by the VA Office Inspector General found the Phoenix VA had kept 1,700 veterans waiting for an appointment on a secret list so as to keep official wait times down, forcing veterans to wait 115 days on average for care.

"The director of the Phoenix VA got an $8,500 bonus in April, when there was an open inspector general investigation ongoing," Miller said, incredulity obvious in his voice.

Rep. Duncan Hunter, R-Calif., is a U.S. Marine Corps veteran and said he chose to go through private healthcare for two surgeries he needed following his service. And Rep. Matt Salmon, R-Ariz., whose district includes the Phoenix VA hospital at the heart of the scandal, told of veterans who spoke at a meeting about narrowly avoiding health catastrophes, thanks to the last-minute intervention of the congressional office.

"It shouldn't take a congressman getting involved for a veteran to be able to get an appointment," Salmon said.

Salmon joined Miller in calling for VA Secretary Shinseki's resignation: "The administration needs to put up or shut up when it comes to defending our veterans."

Despite a growing bipartisan chorus for the secretary to step down, House Majority Leader Eric Cantor reiterated the leadership's position, siding with the White House in resisting the calls for resignation.

"It's beyond clear that the VA has not performed up to anyone's standards under his stewardship," he said. "But we must remember, this is about more than one man, this is about millions of veterans and they deserve more accountability than one resignation."

But though Miller said he called for Shinseki's ouster, he recognized the problem was "much larger than one individual."

"There's already a vacuum at the top" of the VA leadership, he said. "It's already there. It goes all the way up to the White House."

RELATED Hagel stands by Shinseki despite VA problems
RELATED Boehner 'closer' but still doesn't call for Shinseki resignation
RELATED Cantor continues criticism of Obama's response to VA scandal as Congress looks to expand Shinseki's power
RELATED Obama on VA waiting times: 'It is dishonorable, it is disgraceful, and I will not tolerate it'
RELATED VA health official steps down over scandal
RELATED Senators want 'heads to roll' over Phoenix VA scandal
RELATED Boehner, White House agree Shinseki should stay on at VA

U.S. News // 1 hour ago
Biden administration updating police use-of-force guidelines on George Floyd anniversary
May 24 (UPI) -- President Joe Biden is expected to sign an executive order updating the use of force policy for federal law enforcement agents, on the heels of a Justice Department memo directing them to intervene if they see a fellow o

U.S. News // 1 hour ago
Police arrest suspected gunman after Texas school shooting
May 24 (UPI) -- Police in South Texas said they arrested a suspected gunman Tuesday after receiving a report of an active shooter at an elementary school. 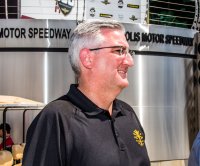