The suspect has been identified as Elliot Rodger, the 22-year-old son of a Hollywood director.

SANTA BARBARA, Calif., May 25 (UPI) -- Santa Barbara police have identified the man suspected of killing seven people, including himself, in a shooting and stabbing rampage near the University of California in Santa Barbara on Friday night. Thirteen others were injured.

Elliot Rodger, the 22-year-old son of a second unit director on The Hunger Games and student at Santa Barbara City College, is the only suspect in the shooting. He died Friday of a self-inflicted gunshot wound.

He then drove to Alpha Phi sorority house in Isla Vista, Calif. -- armed with three legally purchased semiautomatic handguns registered in his name -- where he allegedly shot and killed two women standing outside.

Rodger drove around the neighborhood in his black BMW, shooting at pedestrians, before he fatally shot a young man, UCSB student Christopher Michael-Martinez, at a local deli.

"Why did Chris die? Chris died because of craven irresponsible politicians and the NRA," Martinez said. "They talk about gun rights. What about Chris's right to live? When will this insanity stop? When will enough people say 'Stop this madness, we don't have to live like this'? Too many have died. We should say to ourselves, not one more."

RELATED Families of teens killed in Ohio school shooting to get $2.7 million

The chaotic shooting spree ended when Rodger hit a bicyclist and rammed into several parked cars.

"It would appear he took his own life at this point," Brown said.

Seven of the injured were taken to Santa Barbara Cottage Hospital, where two patients remain in serious condition.

Rodger, who was seeing multiple therapists, had three contacts with Santa Barbara police before Friday's rampage.

In one April 30 meeting, officials interviewed Rodger at the request of his mother, who was concerned about disturbing videos on his YouTube channel.

Police met with Rodger, but Brown told CNN that he was "polite and courteous." They never searched his home, where he had stashed his three pistols, rounds of ammunition and an elaborate and misogynist 140-page "manifesto" about his plans.

The manifesto, titled "My Twisted World," details a lifetime of perceived slights from others, especially women.

"I will punish all females for the crime of depriving me of sex. They have starved me of sex for my entire youth, and gave that pleasure to other men. In doing so, they took many years of my life away," he wrote.

Rodger also wrote of his previous contact with the police.

"The police interrogated me outside for a few minutes, asking me if I had suicidal thoughts. I tactfully told them that it was all a misunderstanding, and they finally left," he wrote. "If they had demanded to search my room... That would have ended everything. For a few horrible seconds I thought it was all over. When they left, the biggest wave of relief swept over me. It was so scary."

In a final YouTube video posted Friday, Rodger talked of his planned "retribution" and called himself the "true alpha male." (The video has since been removed.)

"I take great pleasure in slaughtering all of you," he said. "You will finally see that I am, in truth, the superior one, the true alpha male. Yes, after I have annihilated every single girl in the sorority house, I'll take to the streets of Isla Vista and slay every single person I see there. All those popular kids who live such lives of hedonistic pleasure while I've had to rot in loneliness all these years. They all look down upon me every time I tried to join them, they've all treated me like a mouse."

On Saturday night, thousands of UCSB students gathered to remember the victims of Friday's rampage.

"Words do not exist for me just how saddened we are for what happened last night in Isla Vista," said school Chancellor Henry Yang. "We know that there are many more difficult days and weeks ahead of us." 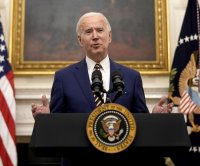 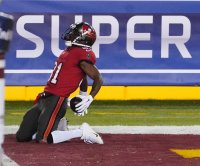