Officials are considering buffer zones and other protective measures in the wake of the deadly Oso mudslide.

A military search and rescue helicopter hovers over the debris field on March 27, 2014 in Oso, Washington. UPI/Ted Warren/Pool | License Photo

EVERETT, Wash., May 21 (UPI) -- Officials in Snohomish County in Washington, hit by the deadly Oso mudslide, are debating how to prevent future disasters.

A proposed moratorium on building new homes within a half mile of known landslide zones would take most of the land open to development in the county out of play, officials say. That appears to make it a non-starter.

A hillside above the North Fork of the Stillaguamish River gave way March 22, burying a square mile of the hamlet of Oso. The slide is now the third most deadly natural disaster in Washington history, with 41 people confirmed dead and two still missing and is on track to be the one with the biggest price tag.

Ken Klein, a member of the county council, said part of the problem is that the understanding of what is likely to create the risk of mudslides and other disasters is constantly changing. In the area around Oso, geologists had been warning for more than a decade that another slide was likely, but few anticipated anything as deadly as the one that occurred.

"If we do anything, it's going to be different tomorrow," Klein told the Everett Herald.

Klein said he would like buyers to be warned of the risk when they consider homes in potential slide zones.

Since Council Chairman Dale Somers floated the half-mile buffer last month, other officials have proposed smaller zones or a buffer only for the Oso area. There is also a proposal to change flood zones because the Oso slide blocked the Stillaguamish flooding areas that had not been considered to be at risk.

The council was expected to discuss the issue at a meeting Wednesday.

Snohomish County north of Seattle is wedged between Puget Sound on the west and the Cascade Mountains to the east. The highest point in the county, Glacier Peak, is 10,541 feet. 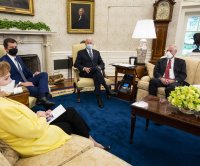 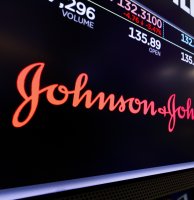 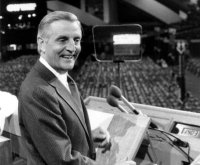