The promise comes as world health officials voice mounting concern over the rapid spread of polio in Pakistan, where the CIA fake vaccine campaigns were used to gather intel on former Al-Qaida leader Osama Bin Laden.

WASHINGTON, May 20 (UPI) -- The White House vowed Friday that the CIA will cease all fake vaccine campaigns operations for spying after facing backlash in the form of disease outbreaks.

In a letter obtained by Yahoo News dated May 16, Lisa Monaco, President Obama's homeland security and counterterrorism adviser, reassures the deans of 12 public health schools that the the CIA has been ordered to stop the fake vaccine campaigns.

"I wanted to inform you that the Director of the Central Intelligence Agency (CIA) directed in August 2013 that the agency make no operational use of vaccination programs, which includes vaccination workers. Similarly, the Agency will not seek to obtain or exploit DNA or other genetic material acquired through such programs. This CIA policy applies worldwide and to U.S. and non-U.S. persons alike."

The change in policy comes after the CIA had a doctor in Abbottabad, Pakistan collect DNA and intelligence under the cover of a fake vaccine campaign for hepatitis B, which led to the confirmation of Osama Bin Laden's location just prior to the 2011 compound raid.

The use of fake vaccine campaigns caused Pakistani's to be more wary of immunization efforts in the country. The Taliban is also opposed to vaccination and has been since before the Bin Laden raid.

Deans of the health schools demanded that the campaigns stop after the re-emergence of polio in the region. The World Health Organization declared on May 5 that the rapid spread of the disease is on the brink of becoming a global health crisis. Polio was almost eradicated in 2013, with 24 confirmed cases of wild polio in April. That number jumped to 68 cases by April of 2014. Most of these cases are from Pakistan due to the stalled vaccinations.

The WHO recommends that all people leaving Pakistan, Syria and Cameroon get immunization checks before leaving the country to prevent further spread of the disease. 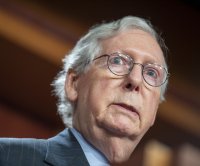