Lindsey Graham attempted to push through a measure banning abortions after the 20th week, citing an often-used pro-life argument that the unborn fetus can feel pain.

WASHINGTON, May 13 (UPI) -- On the one-year anniversary of the murder conviction of Philadelphia physician Kermit Gosnell, Sen. Lindsey Graham, R-S.C., invoked his name in an effort to push through a federal ban on abortions past 20 weeks.

The Pain-Capable Unborn Child Act would push forward the ban on abortions from 24 weeks -- the time determined under Roe v. Wade at which a fetus could live outside its mother's body -- to 20 weeks, at which point he said the fetus is able to feel pain.

"The standard of care in the medical community is you can't operate on an unborn fetus at the 20-week period without administering anesthesia, and for that is because the child can feel pain," Graham said in the Senate Tuesday. "If you are this far along in the pregnancy, the government should have the right to come in and protect the unborn child from wholesale abortion."

Graham's argument -- buttressed at a press conference Tuesday afternoon with leading members of the pro-life movement -- is that medical knowledge has advanced from the time Roe v. Wade was handed down to prove unborn babies are able to feel pain at 20 weeks.

But research proving Graham's claim is tenuous at best. Two meta studies, one in 2005 from the Journal of the American Medical Association and another in 2010 from the Royal College of Obstetricians and Gynaecologists in the United Kingdom, found development of the brain and nervous system at 20 weeks to be insufficient for pain perception.

Graham asked the Senate to put his measure up against Sen. Richard Blumenthal, D-Conn., the Women's Health Protection Act, which would undo most of the state-level abortion restrictions passed in the past several years by prohibiting states from enacting burdensome or medically unnecessary regulations on abortion providers.

He asked for a side-by-side debate, and a concurrent vote, that would circumvent the Senate's usual committee process. Blumenthal, while agreeing the bill "deserves to be before this body," objected, blocking Graham's effort.

Graham also sought to tie Gosnell's crimes at his Philadelphia clinic to the legal procedures used for late-term abortions. He accused the liberal media of downplaying the "chamber of horrors" in an effort to downplay the need for stricter regulations of abortion clinics.

Gosnell was convicted of the murder of three infants born alive during abortion procedures as well as 21 felony counts of illegal abortion beyond the 24-week limit. He was also found to be operating under improper conditions, leaving his practice in the hands of untrained staff, and regularly delivering living third-term babies and "snipping" their spinal cords with scissors after birth. He was sentenced to life in prison.

Democrats pushed back on the comparison, accusing Graham of playing politics with women's lives.

Gosnell "is a rogue doctor who is now serving life in prison without the possibility of parole for what he did, abusing the trust of being a reproductive health doctor," said Sen. Barbara Boxer, D-Calif. "And how does my friend commemorate [the anniversary of his conviction? By putting forward a bill that will drive more women to rogue doctors.

"If you make it illegal for a woman, regardless of her circumstance, she is going to find a way to either save her health, her life, her family," Boxer said.

A versions of Graham's bill has already passed in the House, but is unlikely to see a vote in the Senate.

RELATED Texas to Sriracha: You pass our smell test

"As we know, he's got a difficult primary down there, and he keeps moving further and further to the right," Reid said. "That's what this is all about." 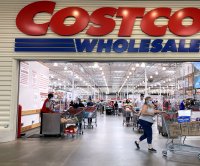