The state failed to follow through on a promise to tie teacher and principal evaluation to student test performance improvement.

WASHINGTON, April 25 (UPI) -- Washington became the first state to lose its No Child Left Behind waiver Thursday after the U.S. Department of Education determined it had failed to meet the waiver's requirements.

U.S. Secretary of Education Arne Duncan denied the state's request for a one-year waiver after the state was unable to follow through on commitments to tie teacher evaluations to student performance.

"I appreciate that transitioning back to NCLB is not desirable, and will not be simple," Duncan wrote in a lengthy letter to Washington's Superintendent of Public Instruction Randy Dorn. "Should Washington obtain the requisite authority to resolve its condition, I would be pleased to reconsider Washington’s request to implement ESEA flexibility at any time."

To meet the requirement for the waiver, the state legislature would have needed to pass an amendment to the state's existing education laws incorporating students' growth on state tests into teacher and principal evaluations.

With the legislative session over for the year and without the fix in place, Duncan said he had no choice but to revoke the waiver, which allowed flexibility in how the state spends certain federal funding and relaxes benchmarks for student testing that were put in place by the 2001 law.

Without the waiver, nearly all of Washington's public schools will be labeled as failing under those benchmarks, which required higher percentages of students reaching grade level math and reading each year. By 2014, schools were supposed to report 100 percent of students passing state exams at grade-level, a goal criticized as unattainable by the law's critics.

The state must also notify parents at low-performing schools they have the right to transfer their children elsewhere, and must pay for transportation out of federal funds. NCLB also demanded a certain percentage of Title I money go toward private tutoring for struggling and at-risk students and set aside another block for teacher development and training.

Duncan's decision was not unexpected -- he warned states back in November he would hold them accountable for their promises -- and has led to a familiar round of finger-pointing.

“Washington state has been doing great work under our waiver agreement,” Superintendent Dorn said in a statement. "Unfortunately, the teachers union felt it was more important to protect their members than agree to that change and pressured the Legislature not to act.”

He said schools that had been previously been able to use federal money to add preschool and fund other programs and warned that he "hopes [districts] can continue these programs next year, but finding the money to pay for them will not be easy."

Advertisement
RELATED Presidential hopefuls, for 2016 and beyond, on Time's '100'

Meanwhile, the teachers union president Kim Mead blamed a "failure of federal policy, not of our public schools, students or teachers."

"If we really want to do what is right by our students, we need to meet our constitutional responsibility to fund K-12 public education in Washington state," she said.

Sen. Patty Murray, D-Wash., agreed that the deeply unpopular NCLB law needs to be changed so states no longer find themselves having to adhere to outdated policies.

"From the Congressional viewpoint, that means working to update the outdated No Child Left Behind law in a way that works for our state, supports our teachers, and meets the needs of students today," she said. "I have made clear time and again that I will work with anyone who is willing to reauthorize ESEA, but to date, making progress on updating this law has been an unnecessarily partisan fight."

Duncan said he would be willing to reconsider Washington's waiver application "at any time" if the state was able to make progress in meeting the requirements sooner than January, when the legislature reconvenes. 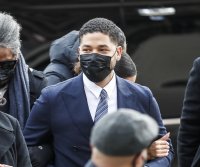 U.S. News // 13 hours ago
Jury selected in trial for former 'Empire' star Jussie Smollett
Nov. 29 (UPI) -- Jury selection was completed Monday in the Chicago trial of former "Empire" actor Jussie Smollett, nearly three years after he was charged with falsely claiming to be the victim of a hate crime. 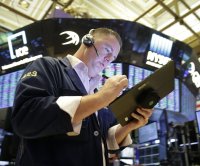