After Nevada rancher Cliven Bundy said black people may have been "better off as slaves," even those who support him are backing away. 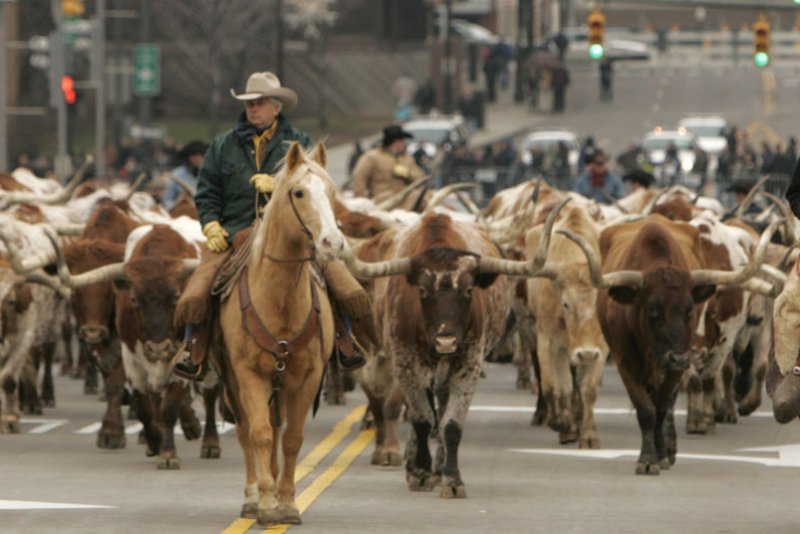 Reid has been among the most outspoken against rancher Cliven Bundy, who has become something of a folk hero to anti-federal government conservatives for a standoff sparked when agents tried to seize his cattle because he owed more than $1 million in unpaid fees for grazing his cattle on federal land.

A number of prominent Republicans, including Sens. Dean Heller, R-Nev., and Rand Paul, R-Ky., cheered on Bundy and the militia of volunteers who showed up to bar the Bureau of Land Management from confiscating the cattle, even once the BLM backed down.

But Bundy has continued to hold daily press conferences, and comments he made to a New York Times reporter Saturday about a public-housing project in North Last Vegas have dramatically shifted the narrative.

“And because they were basically on government subsidy, so now what do they do?” he asked. “They abort their young children, they put their young men in jail, because they never learned how to pick cotton. And I’ve often wondered, are they better off as slaves, picking cotton and having a family life and doing things, or are they better off under government subsidy? They didn’t get no more freedom. They got less freedom.”

Bundy's comments -- but not his cause -- were immediately condemned by both Heller and Paul, but for Reid, that isn't enough.

"To advance his extreme, hateful views, Bundy has endangered the lives of innocent women and children. This is not a game," Reid said in a statement released Thursday. "It is the height of irresponsibility for any individual or entity in a position of power or influence to glorify or romanticize such a dangerous individual, and anyone who has done so should come to their senses and immediately condemn Bundy."

“The bottom line is that elected officials and those in positions of power or influence have a responsibility to unite behind the basic principle that we are a country of laws," he said, "and that whatever our differences, it is unacceptable for individuals to use violence or the threat of violence to advance their radical views.”

U.S. News // 22 hours ago
Sixth Memphis police officer fired over Tyre Nichols beating
Feb. 4 (UPI) -- The Memphis Police Department has fired a sixth officer for conduct related to the beating of Tyre Nichols. Officer Preston Hemphill was seen using a Taser on Nichols in body-cam footage that was released.