There are four people dead and 10 missing after a fire destroyed a Jersey Shore motel.

At least four people have died and eight others injured in a New Jersey motel fire Friday morning. As many as 10 other guests were still missing.

A fire tore through the Mariner's Cove Motor Inn at Point Pleasant Beach on the Jersey Shore around 5:30 a.m. By the time firefighters arrived on the scene, the structure was completely engulfed, said A.J. Fox, chief of the Point Pleasant Volunteer Fire Department.

Firefighters said they tried to rescue a number of people inside, but the intense flames kept them from gaining access. But one woman, they said, was able to shelter herself in the bathtub with the shower running until firefighters were able to reach her.

"One of our firefighters from Point Pleasant Beach noticed her in the window,” Fox said. “I think she helped save her own life."

Ocean City prosecutor Joseph Coronato said the motel had been used in the months since Hurricane Sandy to shelter people who had lost their homes. He could not confirm if any of the people currently staying at the hotel were residents.

Coronato said the fire destroyed the manager's office, which contained the records of the guests. While they motel can accommodate as many as 100 people, officials said they believed about 40 people were in the motel at the time of the fire.

Search and rescue operations were hampered when the roof collapsed, but Coronato said officials hoped the cold weather had given those missing enough time to seek shelter elsewhere and they simply hadn't checked in with authorities yet. 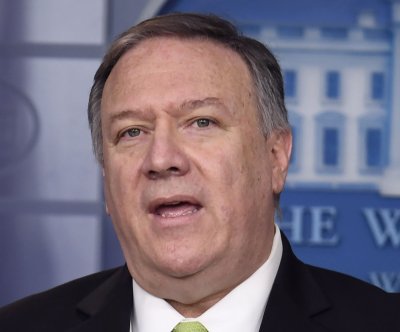 U.S. News // 14 hours ago
U.S. job openings fall to lowest level in 21 months
Jan. 17 (UPI) -- Job openings in the United States in November fell to the lowest level in almost two years, aided by a surge of hiring and little turnover, the Labor Department said Friday.