Sinclair, 51, and one of few generals to face a court-martials in the past 60 years, pleaded guilty to maltreating a subordinate under his command, misusing a government charge card, disobeying an order and making derogatory comments about female officers.

The major charges of sexual assault against the female Army captain, 34, with whom he had an affair, threatening to kill her and her family, and engaging in "open and notorious" sex with her in a parked car and on a hotel balcony, were dropped.

"I failed her as a leader and a mentor, and caused harm to her emotional state," Sinclair told the judge at Monday's hearing.

Sinclair, the former deputy U.S. commander of troops in southern Afghanistan, is married, and said he deceived the captain by suggesting he would divorce his wife. He admitted he did so after the captain threatened to expose their affair.

Under military law, adultery is a serious offense. Sinclair pleaded guilty March 6 to adultery for conducting the three-year affair.

Testimony in the sentencing phase of the trial is expected to conclude Tuesday.

In court Monday, prosecutors asked for a maximum penalty of over 25 years. Pohl advised Sinclair he may also face dismissal from the military, forfeiture of pay and possible fines. 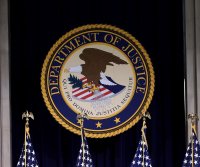 U.S. News // 19 hours ago
Biden unveils strategy to end HIV/AIDS epidemic in U.S. by 2030
Dec. 1 (UPI) -- To commemorate World AIDS Day on Wednesday, President Joe Biden unveiled an updated national strategy to fight the disease -- which also aims to end the epidemic in the United States by the start of the next decade.

U.S. News // 5 hours ago
Judge blocks Texas law to stop social media firm's from banning users
Dec. 1 (UPI) -- A federal judge on Wednesday blocked a Texas law that seeks to restrict how social media companies moderate their content and was championed by Republicans who say the platforms are biased against conservatives.

U.S. News // 7 hours ago
Oklahoma parole board denies clemency to death row prisoner
Dec. 1 (UPI) -- The Oklahoma Pardon and Parole Board voted Wednesday to deny clemency for a man convicted of killing four people in 2005.