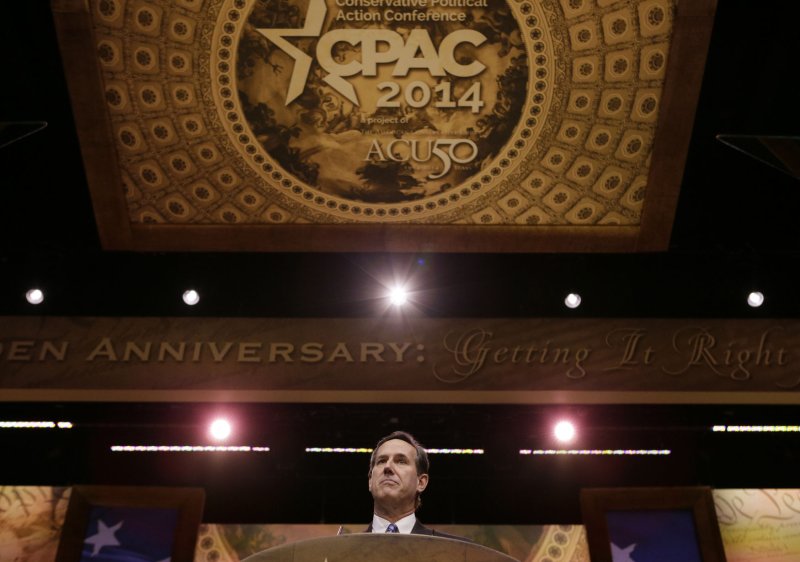 Gingrich, the former House speaker from Georgia and sometime candidate for president, gave conservatives a strategy drawn from his most recent book, "Breakout: Pioneers of the Future, Prison Guards of the Past, and the Epic Battle that will Decide America's Fate," the Hill reported. He said Republicans need to show that the party has ideas that will improve the country's future.

Clinton is the current front runner for the Democratic presidential nomination in 2016.

"What I'm trying to do is set up a conversation in America among everybody on our side so that by 2016 Hillary Clinton is the leading prison guard of the past propping every failed bureaucratic institution," Gingrich said.

Bachmann, R-Minn., who announced last year she would not run for another term in 2014, said the Republicans have had the only woman on their presidential ticket in the 21st century, referring to the party's choice of Sarah Palin for vice president in 2008.

Other speakers included Ben Carson, the retired neurosurgeon who became a right-wing hero when he attacked President Obama during the National Prayer Breakfast, and former Sen. Jim DeMint, R-S.C.

U.S. News // 2 hours ago
Report: Unregulated RenBridge helps criminals launder $540M in crypto
Aug. 11 (UPI) -- An unregulated cryptocurrency cross-chain bridge used to transfer the value between blockchains facilitated the laundering of at least $540 million in proceeds for lawbreakers, according to a new report.

U.S. News // 4 hours ago
Tropical activity in Atlantic basin may soon awaken from its weeks-long slumber
After spawning three early season storms, the Atlantic hurricane season screeched to a halt six weeks ago, but forecasters say there are signs of life as they monitor a couple of areas in the basin for potential storms.

U.S. News // 4 hours ago
Authorities arrest social media model in boyfriend's death
Aug. 11 (UPI) -- The Hawaii Police Department said on Wednesday a social media model was taken into custody in connection with the April stabbing death of her boyfriend in Miami.