"You cannot have a one-side investigation," Cummings said after the House Oversight Committee chairman adjourned the hearing. "There is something wrong with that and it is absolutely un-American."

Issa ended the hearing after Lois Lerner, the former IRS director at the center of a Tea Party targeting controversy, refused to answer questions and invoked her Fifth Amendment right against self-incrimination for the second time, the Hill said.

"On the advice of my counsel, I respectively exercise my Fifth Amendment right and decline to answer the question," she responded repeatedly to questions from Issa.

Issa said the committee may consider whether to hold Lerner in contempt if she refused to answer questions.

Lerner entered the spotlight in the targeting controversy after she apologized for improper conduct at a tax conference. She retired in September, just before the IRS was to recommend she be fired.

Republicans have portrayed Lerner as a central figure of a targeting scandal in which Tea Party groups were subjected to added scrutiny when applying for tax exempt status in an alleged effort to squash their political efforts. Democrats also were critical of Lerner but maintained the targeting was not limited to conservative groups and that Republicans have found no political motivation behind the targeting, despite months of investigating.

Speaking over Cummings, Issa told committee members and others in the room, "you're all free to leave; we've adjourned."

Cummings said he had a procedural question and should be allowed to ask it.

As Cummings was about to launch into the "central Republican accusation" in the controversy, Issa said, "we're adjourned, close it down" and the sound system was turned off.

"What are you hiding," Cummings asked.

U.S. News // 9 minutes ago
CIA says most cases of 'Havana Syndrome' probably not caused by foreign enemies
Jan. 20 (UPI) -- "Havana syndrome," the name given to mysterious ailments experienced by American diplomats in Cuba and other locations overseas, is unlikely caused by a foreign adversary, according to a report by the CIA.

U.S. News // 55 minutes ago
Texas' 'maternity deserts' grow as staff shortages close rural labor and delivery units
Jan. 20 (UPI) -- Struggling to survive, the remaining hospitals in Texas' rural communities have had to cut back services. And when that happens, labor and delivery is often the first to go. 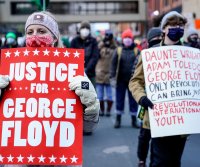 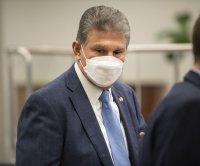 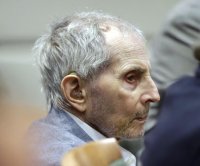