Obama to unveil his budget blueprint for fiscal year 2015 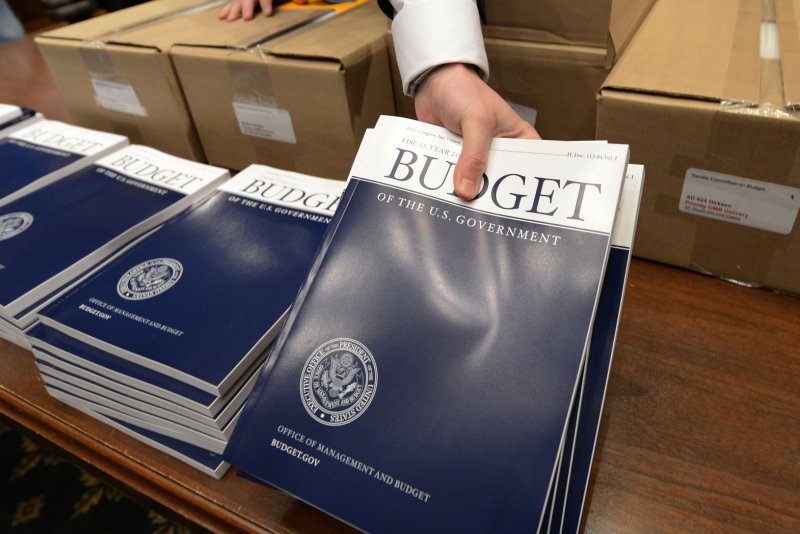 WASHINGTON, March 4 (UPI) -- U.S. President Obama is expected to fill in the blanks about how he wants money spent in the 2015 budget since top-line numbers are in place, one lawmaker said.

Obama's budget recommendations will offer parameters about "what do you do within those numbers," Durbin said.

Under the budget deal reached last year, lawmakers agreed to $1.014 trillion in spending for fiscal year 2015 on discretionary programs, which account for about 40 percent of overall spending, the Wall Street Journal reported Monday.

The White House blueprint is expected to include changes to the tax code to limit what it considers tax evasion among some U.S. companies with overseas operations, an increase in infrastructure funding and an expansion of the Earned Income Tax Credit for workers without children, the Journal said. The budget also is expected to reiterate Obama's desire for immigration reform, now stalled in Congress.

House and Senate lawmakers said they hold out hope to pass all 12 spending bills by the time the fiscal year begins Oct. 1, something that has happened only four times since 1977, the Congressional Research Service said.

"Every time we do these [continuing resolutions], all we're doing is ceding all authority -- 100 percent authority -- to the administration, which I think is problematic," said Rep. Mario Diaz-Balart, R-Fla., a member of the House Appropriations Committee.

RELATED Senate Dems to not write budget for fiscal 2015

Staffers for the House and Senate appropriations committees have started preparing for the process of drafting the dozen spending bills at the $1.104 trillion level, and expect hearings to begin later this month, the Journal said.

While the Democrat-run Senate said it would not submit a budget plan, House budgeters said they would. Ryan hasn't indicated whether he would use the spending level agreed to last year.

Published accounts indicate Obama will include a 1 percent pay raise for federal employees and active military personnel, as well as funding for federal training.

He also is expected to include $302 billion over four years for transportation, including a proposal to dedicate $150 billion in one-time transition revenue from pro-growth business tax reform to address the funding crisis facing surface transportation programs and increase infrastructure investment, the White House said last week.

The Defense Department would be allocated an additional $28 billion in its 2015 budget, USA Today said. However, when reviewing the 2015 Pentagon budget, Defense Secretary Chuck Hagel said the proposal would cut benefits for active-duty personnel and reduce the Army to pre-World War II levels.

His budget proposal would cut the growth of housing allowances for troops and their families, reduce subsidies provided to military commissaries, and increase healthcare co-pays and deductibles for retirees and active-duty family members, the Hill said.

The budget also includes cuts to specific programs, including the retirement of the entire fleet of Air Force A-10 Thunderbolt IIs, which provide close air support for ground troops, as well as the proposed retirement of the Air Force's fleet of U-2 manned spy planes, replacing them with unmanned Global Hawk aircraft, the Hill said.

Hagel said the Pentagon also decided to cap new contract negotiations for the Navy's littoral combat ship at 32, rather than the 52 currently planned.

"If you look at his budget last year, it barely had deficit reduction relative to what would happen otherwise," Portman said on "Fox News Sunday. "In other words, there was a slight decrease in the deficit. You would hope there would be a significant one."

Portman said now's the time to deal with the growing national debt, which is at more than $17 trillion.

U.S. News // 2 hours ago
Developing storm may bring breath of winter to Northeast
AccuWeather forecasters are intently tracking a developing storm that could potentially bring a wintry mix to parts of Northeast and steady rainfall along Eastern Seaboard as the second week of December gets underway.

U.S. News // 4 hours ago
CDC director: Omicron cases 'likely to rise' as variant detected in 16 states
Dec. 5 (UPI) -- CDC Director Dr. Rochelle Walensky warned Sunday that cases of the COVID-19 Omicron variant are "likely to rise" as they have been detected in at least 16 states.

U.S. News // 22 hours ago
Man arrested for harassing judge presiding over Kim Potter trial
Dec. 4 (UPI) -- A Minneapolis man was arrested in Wisconsin on charges that he harassed the judge presiding over the trial of former police officer KimPotter in relation to the death of Daunte Wright.