WASHINGTON, Feb. 23 (UPI) -- Proponents of the right to carry a handgun outside the home are riding high following two federal appeals courts rulings in their favor in a wave of Second Amendment fervor.

In Illinois, a 2-1 federal appeals court panel ruling in 2012 forced the willing Legislature to formulate rules for gun permits. At the time, Illinois was the only state in the Union that didn't issue permits. State police, who must issue the permits, now expect at least 400,000 applications a year.

"The Supreme Court has decided that the amendment confers a right to bear arms for self-defense, which is as important outside the home as inside," Posner said at the end of his opinion. "The theoretical and empirical evidence [which overall is inconclusive] is consistent with concluding that a right to carry firearms in public may promote self-defense."

Though Illinois now has handgun carry permits, its requirements are among the strictest in the nation, the Northwest Herald in Crystal Lake reported. Besides a fee of $150 for a permit that lasts five years, applicants must take 16 hours of training. A three-hour refresher course is required for renewal.

Any establishment that sells alcohol is allowed to ban handguns on its premises.

In California, a 2-1 appeals court panel ruling earlier this month struck down restrictions on permits for open and concealed carry of handguns. No word yet on whether the state, which created the restrictions in law, or cities and counties, which actually construct and implement the restrictions, will ask the full 9th U.S. Circuit Court of Appeals for a rehearing or ask the U.S. Supreme Court for review.

RELATED Under the U.S. Supreme Court: Deciding how government prays

The U.S. Supreme Court itself, in 2008's District of Columbia vs. Heller and in 2010's McDonald vs. Chicago, struck down handgun bans in the two cities with a 5-4 ruling that recognized that the Second Amendment guarantees the individual right to bear arms for defense in the home.

In Illinois, the dispute between gun control advocates and opponents appears to be settled, largely because of the Legislature. But would the the California ruling survive a rehearing before the entire 9th Circuit, considered the most liberal appeals court in the country.

And if California officials ask the U.S. Supreme Court to step in, would the California ruling survive high court review?

RELATED Under the U.S. Supreme Court: Hobbling the NSA

The appeals court panel in California, in its ruling earlier this month, appeared to have particular trouble accepting a requirement that applicants had to have a "good cause" to apply for a permit -- in other words, a specific threat.

The California case began when San Diego denied permits because individuals could not demonstrate a specific threat. They filed suit. However, a federal judge ruled against them. The federal appeals court panel reversed.

"We are called upon to decide whether a responsible, law-abiding citizen has a right under the Second Amendment to carry a firearm in public for self-defense," U.S. Circuit Judge Diarmuid O'Scannlain, a Ronald Reagan appointee, said in the majority opinion.

"California generally prohibits the open or concealed carriage of a handgun, whether loaded or unloaded, in public locations. ... Nonetheless, one may apply for a license in California to carry a concealed weapon in the city or county in which he or she works or resides. To obtain such a license, the applicant must meet several requirements. For example, one must demonstrate 'good moral character,' complete a specified training course and establish 'good cause.'"

San Diego County defined "good cause" as a "set of circumstances that distinguish the applicant from the mainstream and causes him or her to be placed in harm's way." Concern for "one's personal safety alone is not considered good cause."

"The Second Amendment secures the right not only to 'keep' arms but also to 'bear' them -- the verb whose original meaning is key in this case," O'Scannlain wrote in the majority opinion.

"Undoubtedly some think that the Second Amendment is outmoded in a society where our standing army is the pride of our nation, where well-trained police forces provide personal security and where gun violence is a serious problem," the opinion said, then cited high court precedent. "That is perhaps debatable, but what is not debatable is that it is 'not the role of this [U.S. Supreme] Court [or ours] to pronounce the Second Amendment extinct.' Nor may we relegate the bearing of arms to a 'second-class right, subject to an entirely different body of rules than the other Bill of Rights guarantees that we have held to be incorporated into the due process clause.'"

The majority opinion repeatedly cited the U.S. Supreme Court and its rulings in Heller and McDonald.

"In its landmark decision in Heller, the Supreme Court held that a complete ban on handgun possession in the home violated the Second Amendment. ... In doing so, it reminded us that 'the right secured by the Second Amendment is not unlimited' and that it 'was not a right to keep and carry any weapon whatsoever in any manner whatsoever and for whatever purpose.'"

In 2008's District of Columbia vs. Heller, the court's five conservatives struck down the capital's gun control law. The law banned handgun possession by making it a crime to carry an unregistered firearm and prohibiting the registration of handguns. It separately mandated that no one could carry an unlicensed handgun, authorized the police chief to issue one-year licenses, and required residents to keep lawfully owned firearms unloaded and dissembled or bound by a trigger lock or similar device.

Writing for the majority, Justice Antonin Scalia said, "We hold that the district's ban on handgun possession in the home violates the Second Amendment, as does its prohibition against rendering any lawful firearm in the home operable for the purpose of immediate self-defense."

RELATED Under the U.S. Supreme Court: Sharing a smartphone with police

The Second Amendment says, "A well regulated militia being necessary to the security of a free state, the right of the people to keep and bear arms shall not be infringed."

Two years later, the same narrow majority struck down Chicago's handgun ban. The case asked whether the 14th Amendment, which applies the Bill of Rights to the states, protects the Second Amendment right to bear arms in the states.

"Our decision in Heller points unmistakably to the answer," Justice Samuel Alito wrote in the narrow majority opinion in McDonald vs. Chicago. "Self-defense is a basic right, recognized by many legal systems from ancient times to the present day, and in [2008's] Heller, we held that individual self-defense is 'the central component' of the Second Amendment right. ... Explaining that 'the need for defense of self, family and property is most acute' in the home ... we found that this right applies to handguns because they are 'the most preferred firearm in the nation to 'keep' and use for protection of one's home and family.

"Thus, we concluded, citizens must be permitted 'to use [handguns] for the core lawful purpose of self-defense.'"

But in the body of the majority opinion, Alito went out of his way to say that "both Heller and McDonald specifically dealt with the issue of handguns in the home.

"It is important to keep in mind that Heller, while striking down a law that prohibited the possession of handguns in the home, recognized that the right to keep and bear arms is not 'a right to keep and carry any weapon whatsoever in any manner whatsoever and for whatever purpose.' ... We made it clear in Heller that our holding did not cast doubt on such longstanding regulatory measures as 'prohibitions on the possession of firearms by felons and the mentally ill, laws forbidding the carrying of firearms in sensitive places such as schools and government buildings or laws imposing conditions and qualifications on the commercial sale of arms.' ... We repeat those assurances here. Despite [Chicago officials'] doomsday proclamations, incorporation does not imperil every law regulating firearms."

"Like most rights, the right secured by the Second Amendment is not unlimited," Scalia cautioned in his majority opinion. "From Blackstone through the 19th-century cases, commentators and courts routinely explained that the right was not a right to keep and carry any weapon whatsoever in any manner whatsoever and for whatever purpose. ... For example, the majority of the 19th-century courts to consider the question held that prohibitions on carrying concealed weapons were lawful under the Second Amendment or state analogues."

Attempts to control types of weapons and who can possess weapons appear to be constitutional, Scalia said.

"Although we do not undertake an exhaustive historical analysis today of the full scope of the Second Amendment, nothing in our [majority] opinion should be taken to cast doubt on longstanding prohibitions on the possession of firearms by felons and the mentally ill, or laws forbidding the carrying of firearms in sensitive places such as schools and government buildings, or laws imposing conditions and qualifications on the commercial sale of arms."

Scalia added: "We also recognize another important limitation on the right to keep and carry arms. [Precedent says] that the sorts of weapons protected were those 'in common use at the time' [the Second Amendment was approved]. ... We think that limitation is fairly supported by the historical tradition of prohibiting the carrying of 'dangerous and unusual weapons.'" 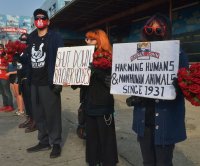 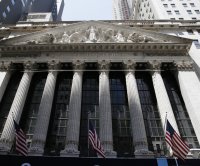