C. Ray Nagin, shown in this file photo after being sworn in for a second term as Mayor of New Orleans on June 1, 2006, was charged in a 21-count indictment with bribery, honest service wire fraud, money laundering and conspiracy, filing false tax returns by a federal grand jury on January 18, 2013. UPI/A.J. Sisco | License Photo

The 21-count corruption case against Nagin was sent to jurors after lawyers for both sides concluded closing arguments.

The indictments allege Nagin, mayor when Hurricane Katrina struck his city in 2005, sought and accepted bribes that included cash and free travel. The bribes allegedly increased as the city offered contracts after flooding related to the hurricane.

U.S. District Judge Helen Berrigan read lengthy instructions after which the jurors had lunch and headed for deliberations.

Assistant U.S. Attorney Richard Pickens referred to Nagin as "a mayor on the take," accusing him of "using the power and authority of his office to leverage contractors in exchange for bribes and kickbacks, and he deprived the citizens of New Orleans of one thing they were entitled to, an honest politician."

U.S. News // 16 minutes ago
United States trade deficit drops after September's record high
Dec. 7 (UPI) -- After reaching a record-high trade deficit in September, the difference closed to $67.1 billion to its lowest point in six months, according to new data from the Commerce Department Thursday. 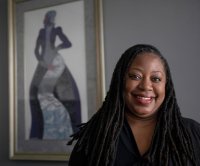