Pictured in this photo provided by the Will County Sheriff's Department is former Bollingbrook, Illinois police sergeant Drew Peterson who was arrested on May 7, 2009 and charged with the 2004 murder of his third wife Kathleen Savio. Peterson is also a suspect in the 2007 disappearance of his fourth wife, Stacy Peterson. (UPI Photo/Will County Sheriff's Department/HO) | License Photo

CHICAGO, Jan. 14 (UPI) -- Lawyers for Drew Peterson, the Bolingbrook, Ill., police officer convicted of killing his third wife, have asked a state appeals court to grant him a new trial.

Peterson, 60, was sentenced to 38 years in prison for the murder of Kathleen Savio. His lawyers, in a filing Monday, cited what they described as numerous errors by the trial judge and mistakes by the lawyer who defended him at trial, the Chicago Tribune reported.

Peterson's current legal team also suggested the prosecution case against him was weak.

"It is important to note at the onset that the state did not present a single eyewitness, physical evidence linking Drew with Kathleen's body, forensic evidence linking Drew with Kathleen's body, or a confession from Drew," the lawyers said in their brief. "And while it is true there is no magic formula for a murder conviction, at least one of these pieces of evidence is usually present where an appellate court upholds murder convictions."

Savio was found dead in the bathtub in 2004. A homicide investigation was initiated after Peterson's fourth wife, Stacy Peterson, disappeared in 2007.

While Peterson is suspected of killing Stacy, her body has yet to be found.

Stephen Peterson, a son of Peterson's first marriage, continues to live in what had been his father's home in Bolingbrook, about 30 miles southwest of Chicago, caring for Stacy's two children and for two older half-brothers, Savio's sons, who are now in college.

Bolingbrook officials are considering stripping Peterson of his pension, which currently supports the children.

U.S. News // 20 hours ago
Biden visits Kansas City to underscore benefits of $1.2T infrastructure plan
Dec. 8 (UPI) -- President Joe Biden traveled to Kansas City on Wednesday in a trip to promote the new $1.2 trillion bipartisan infrastructure bill and explain how it's going to create thousands of jobs in places like the Midwest. 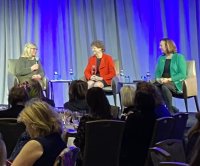 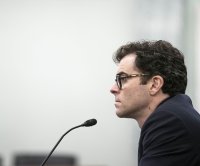 U.S. News // 13 hours ago
Woman's body pulled form car floating in Niagara River
Dec. 8 (UPI) -- A woman's body was pulled from the Niagara River in New York after her vehicle fell into the water on Wednesday. 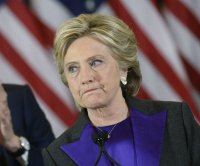