STAMFORD, Conn., Dec. 18 (UPI) -- A Connecticut jury awarded $28.6 million to a woman for the brutal beating she received at the hands of her husband, former White House counsel John Farren.

Mary Margaret Farren, 47, was awarded the money Tuesday as part of a civil lawsuit she filed against her ex-husband, who was a deputy White House counsel under President George W. Bush, ABC News reported Wednesday.

In her testimony Friday, Mary Farren said her husband beat and kicked her when she tried to discuss her divorce filing with him. She said her jaw was broken and she suffered other severe injuries that may interfere with her work as a lawyer.

Thinking she was dying from severe head wounds, she told the jury she grabbed her then 7-year-old and 4-month-old daughters, put them in her vehicle and nearly blindly drove down the street until she found a house with lights on.

She jumped from the car and told the neighbors, the Achenbaums, that her children were in the vehicle and that "my husband is trying to kill me. I'm going to die," before passing out.

Dr. Wilfred Van Gorp testified Mary Farren still suffers from headaches, vertigo, memory loss as well as post traumatic stress disorder and traumatic brain disorder, and will never be able to function as she once did.

John Farren, 60, chose to represent himself and did not show up for any portion of the trial. After his arrest in 2010 he was released on bail and ordered to stay on house arrest.

John Farren faces charges of attempted murder, first-degree murder and risk of injury to a child. There is no pending trial date set.

U.S. News // 15 hours ago
Anti-abortion marchers in D.C. hope 2022 will bring 'a historic change for life'
Jan. 21 (UPI) -- As abortion opponents demonstrated Friday at the annual March for Life rally, some said they hoped "something very big" is on the immediate horizon for their movement. 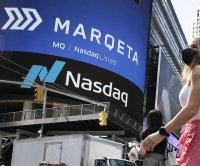