In an interview to be broadcast Sunday on NBC's "Meet the Press," Dolan said there is "kind of a stampede" to legalize same-sex marriage, The New York Times reported. NBC released excerpts Friday.

Dolan said the movie industry and some politicians have contributed to a negative view of the church on the issue and that it has been "out-marketed."

Dolan was also asked about the Affordable Care Act. He criticized the mandate that insurance plans cover contraception and also said undocumented immigrants should be covered by Obamacare.

Pope Francis in July suggested the church should accept homosexual priests, judging them by their relationship to Christ and not by their sexual orientation. But on Tuesday, the pope endorsed a document by U.S. bishops saying homosexual conduct should be judged by "accepted moral norms."

U.S. News // 14 hours ago
New Orleans authorities recover body of man trapped in collapsed hotel
Aug. 8 (UPI) -- Authorities have recovered the remains of 36-year-old Quinnyon Wimberly, who was trapped in a New Orleans hotel when it collapsed 10 months ago.

U.S. News // 18 hours ago
COVID-19: Florida hospitalizations up, Georgia schools grapple with cases
Aug. 8 (UPI) -- Hospitalizations and deaths due to the novel coronavirus continued to increase in Florida this week while school districts in Georgia grappled with positive cases among students and staff.

U.S. News // 21 hours ago
Thunderstorms set to rumble across the Plains, Midwest this weekend
After a refreshing stretch of cooler weather across much of the Plains and Midwest in recent days, building heat and humidity across the region will provide fuel for thunderstorm development this weekend. 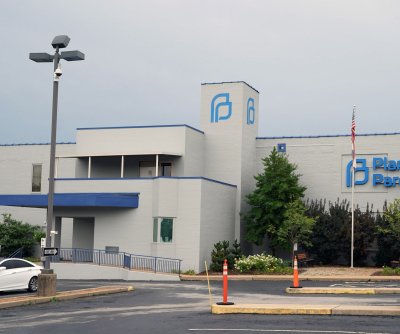