Liz Cheney, seeking the Republican nomination for a U.S. Senate seat in Wyoming, said Sunday morning that she supports some rights for same-sex partners but not the right for same-sex couples to legally wed -- and that was an area in which she and her sibling, Mary Cheney, disagreed.

"I love Mary very much. I love her family very much. This is just an issue in which we disagree," Cheney said on "Fox News Sunday."

Mary Cheney then took her sister to task on Facebook: "Liz -- this isn't just an issue on which we disagree -- you're just wrong -- and on the wrong side of history," CNN reported.

Mary Cheney also shared a Facebook post by her wife, who said she was offended by the remarks, CNN reported Monday. Mary Cheney married her longtime partner, Heather Poe, last year in Washington, which legalized same-sex marriage in 2009. The couple have two children together.

"I was watching my sister-in-law on Fox News Sunday (yes Liz, in 15 states and the District of Columbia you are my sister-in-law) and was very disappointed to hear her say 'I do believe in the traditional definition of marriage.'"

Poe's comments noted that when she and Mary Cheney were married last year, Liz Cheney "didn't hesitate to tell us how happy she was for us."

"To have her now say she doesn't support our right to marry is offensive to say the least," Poe said. "I can't help but wonder how Liz would feel if as she moved from state to state, she discovered that her family was protected in one but not the other.

"I always thought freedom meant freedom for EVERYONE."

Liz Cheney has had to fend off accusations of being a carpetbagger because she moved from the Washington area to Wyoming to stage a primary run against incumbent Mike Enzi.

Liz Cheney on Sunday declined to directly address the remarks from her sister and sister-in-law, but said in an email to The New York Times: "I love my sister and her family and have always tried to be compassionate [toward] them. I believe that is the Christian way to behave." 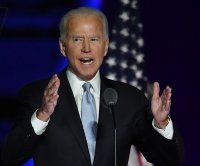 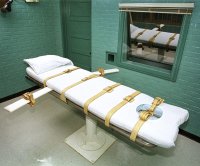