"I still have the energy and the interest to discharge my congressional duties, but my back trouble and battle with skin cancer are troublesome, so that is why I have decided to retire," Coble told reporters Thursday, his office said in a statement.

Coble, 82, was scheduled to meet Friday with doctors at Bethesda Naval Medical Center in Maryland to have stitches removed from a recent cancer surgery, the statement added.

Coble was elected to North Carolina's 6th District in 1984 and currently chairs a House Judiciary subcommittee with jurisdiction over intellectual property, federal courts and prisons.

A number of Republicans have already announced plans to run for the seat, Roll Call reported.

Baptist ministers Dan Collison and Bradley Walker and veteran Don Webb have filed, and Phil Berger, son of the president of the state senate, is also expected to enter the race.

Two Democrats -- a former University of North Carolina administrator and a county soil and water supervisor -- also have said they will run.

U.S. News // 3 hours ago
Heavy winds in California spark fires, force power outages
Jan. 19 (UPI) -- Thousands of people in California were without power as strong gusts of wind prompted shutoffs and sparked wildfires throughout the state. 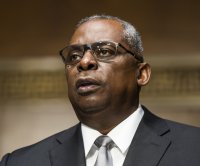 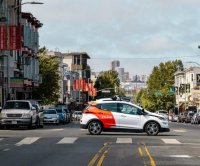