Snowden, the former National Security Agency contractor who leaked information about the agency's massive phone and Internet monitoring, sent his message to the rally Saturday as a statement from Russia, where he lives under temporary asylum, The Christian Science Monitor reported.

He is wanted by the United States.

"Today, no telephone in America makes a call without leaving a record with the NSA. Today, no Internet transaction enters or leaves America without passing through the NSA's hands. Our representatives in Congress tell us this is not surveillance. They're wrong," Snowden said. "Now it's time for the government to learn from us."

Last week, leaks tied to Snowden revealed that the NSA allegedly eavesdropped on cellphone calls by German Chancellor Angela Merkel. The news followed protests by leaders from at least 30 other countries -- most of them U.S. allies -- who said NSA spying is a violation and could seriously hinder their relationship with the United States. The United States officially denied the monitoring.

At the rally at the Capitol Reflecting Pool activists pushed for reforms that would prohibit blanket surveillance of phone and Internet activity of U.S. citizens, the Monitor said. The activists said they also want a special committee to investigate and report domestic spying violations and create regulatory reforms.

The rally was on the 12th anniversary of the signing of the Patriot Act, which allows the FBI to conduct surveillance in terrorism and espionage cases with a federal judge's approval.

Next week, Rep. Jim Sensenbrenner, R-Wis., is to introduce a bill that would create more transparency and accountability at the NSA. Sensenbrenner was the main author of the Patriot Act.

RELATED Official: U.S. must gather only information it needs

U.S. News // 2 hours ago
Biden, other Democrats won't go to Milwaukee for national convention
Aug. 5 (UPI) -- Democratic presidential hopeful Joe Biden will not travel to Milwaukee for the Democratic National Convention this month to deliver his acceptance speech due to concerns about COVID-19, party officials said Wednesday. 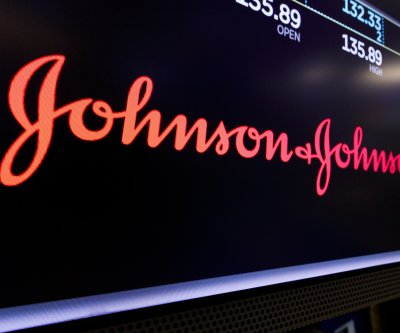 U.S. News // 4 hours ago
HHS chief Azar to visit Taiwan in most senior U.S. trip since 1979
Aug. 5 (UPI) -- Health and Human Services Secretary Alex Azar will lead a U.S. delegation to Taiwan this week, becoming the highest-ranking Cabinet official to visit the island in four decades.

U.S. News // 6 hours ago
Nearly 4 million in Northeast without power after Isaias; 6 dead
Aug. 5 (UPI) -- Close to 4 million customers in the northeastern United States still didn't have power Wednesday morning after Tropical Storm Isaias passed through on its way to Canada.