A Newtown, Connecticut resident listens to speakers during a rally as part of the "March on Washington for Gun Control" in Washington, D.C. on January 25, 2013. UPI/Molly Riley | License Photo

The poll, released Friday, found that 49 percent of respondents said they are in favor of more strict gun control laws, down from 58 percent following the December 2012 shooting at Sandy Hook Elementary School in which 20 children and six educators were killed, Gallup reported.

Meanwhile, 37 percent of respondents said gun laws should be kept the same and 13 percent said they should be less strict.

A majority of respondents -- 74 percent -- said they were against banning handgun ownership in the United States. Twenty-five percent said they think a law should be passed to only permit police and other authorized persons to carry handguns.

Gallup questioned 1,028 adults nationwide between Oct. 3 and 6. The poll has a margin of error of plus or minus four percentage points.

U.S. News // 49 minutes ago
AG Garland defends memo to protect school board meetings from threats
Oct. 27 (UPI) -- Attorney General Merrick Garland appeared in the Senate on Wednesday as part of an oversight hearing for the Justice Department, during which the nation's top law enforcement officer tangled at times with GOP lawmakers. 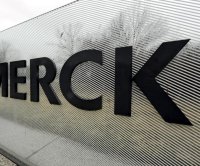 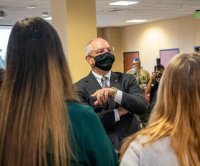