Warren Commission staffers to convene at Dallas event in October

Visitors gather in Dealey Plaza on November 22, 2008 to commemorate the 45th anniversary of the assassination of U. S. President John F. Kennedy Dallas, TX. The building on the left is the Texas School Book Depository, the building where Lee Harvey Oswald fired his shots from. Kennedy was shot on November 22, 1963 as he rode down Elm Street in Dallas. The anniversary of his death brings history buffs, JFK fans and conspiracy theoryists back to the site. (UPI Photo/Ian Halperin) | License Photo

Actor Don Gazzaway portrays John F. Kennedy as he is shot during the reenactment filming in Dallas of a made for TV movie "The Trial of Lee Harvey Oswald". (UPI Photo/Files) | License Photo

President Lyndon B. Johnson convened the Warren Commission days after the Nov. 22, 1963, assassination of Kennedy. Its 889-page report, delivered in September 1964, continues to spark debate, controversy and conspiracy theories.

The presentation, "The Work of the Warren Commission, Half a Century On," convened Friday on the SMU campus, and was open to the public.

"This is the first time this elite group will publicly discuss their work," SMU law professor William Bridge said.

The event is part of a yearlong collaboration among SMU, the George W. Bush Presidential Library and museum, and The Sixth Floor Museum at Dealey Plaza to commemorate the 50th anniversary of Kennedy's death in Dallas.

The commission concluded Lee Harvey Oswald shot Kennedy to death from his perch on the sixth floor of the Texas School Book Depository as the presidential motorcade wended its way past. 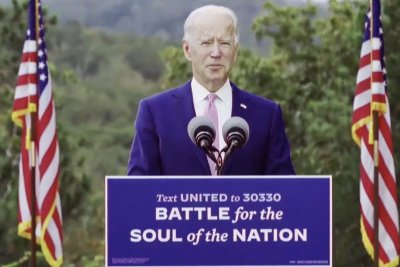