WASHINGTON, Oct. 2 (UPI) -- Howard University President Sidney Ribodeau has announced his retirement, months after signing a contract extension at the school in Washington.

Ribodeau said Tuesday he will leave Howard -- one of the country's most prestigious historically black colleges -- at the end of December, The Washington Post reported Tuesday.

Ribodeau signed a contract extension during the summer that ran through June 2015.

The university has had recent troubles, including a 5 percent drop in enrollment last year and recent slippage in its national ranking and its credit rating.

Ribodeau's announcement followed a contentious three-day board of trustees meeting that ended Saturday, the Post said.

He told the newspaper he is not leaving under pressure, saying Howard has made progress even during tough economic times.

"This is the time, this is the season, for me to retire from the presidency," he said. "We're focused, we're back on track and the momentum is building." 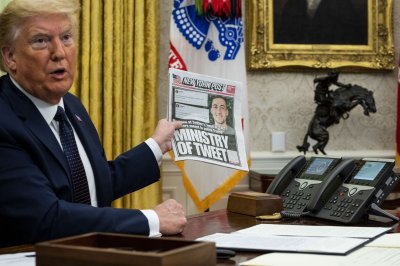