Several individuals and a Washington-based non-profit, the Second Amendment Foundation, filed suit in federal court in Albany, N.Y., arguing the SAFE Act's ban on the number of bullets in a magazine violates the constitutional right to keep and bear arms, Courthouse News Service reported Tuesday.

Among the SAFE Act's components is a ban on high-capacity magazines. It outlaws clips that can hold more than 10 bullets but also makes it illegal for a gun owner to load more than seven bullets into a magazine unless they're at a shooting range or gun competition.

The lawsuit takes aim at that provision.

"Whatever governmental interests might justify the restriction of ammunition magazines to a 10-round capacity, these interests do not sufficiently justify restricting law-abiding gun owners from loading more than 7 rounds in their otherwise lawful 8-, 9- and 10-round magazines," the lawsuit states.

New York Gov. Andrew Cuomo signed the SAFE Act into law in early 2013, just weeks after the mass shooting at an elementary school in Newtown, Conn. Other lawsuits are challenging the constitutionality of the law's ban on assault-style rifles, some semi-automatic pistols and other weapons.

U.S. News // 6 hours ago
2 dead, including shooter, 14 injured in shooting at Tennessee grocery store
Sept. 23 (UPI) -- At least two people were killed and 14 more injured in a shooting at a supermarket in Tennessee on Thursday, police said. 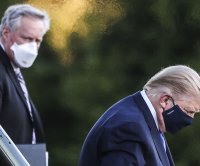 U.S. News // 1 hour ago
Port of Houston targeted in cyberattack
Sept. 23 (UPI) -- The Port of Houston, one of the largest in the United States, announced Thursday that it was the target of a cyberattack last month. 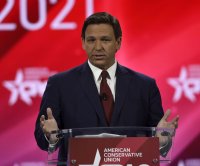 U.S. News // 3 hours ago
U.S. gives $147K to Florida school board that violated DeSantis' mask ban
Sept. 23 (UPI) -- The Biden administration on Thursday provided $147,719 in funding to members of a Florida school board whose pay was withheld for violating Gov. Ron DeSantis' ban on requiring masks in schools.

U.S. News // 6 hours ago
U.S. markets rise to green for the week; household net worth hits new record
Sept. 23 (UPI) -- The Dow Jones Industrial Average gained more than 500 points on Thursday as all three major indexes rose into positive territory for the week.