DURHAM, N.C., Sept. 24 (UPI) -- A man near North Carolina Central University's campus was shot and killed by campus police after he threatened officers with a gun, police said.

Durham police tracked a suspect believed to be armed near the campus late Monday, prompting campus officials to lock down the campus, WRAL-TV, Raleigh, reported Tuesday.

University Police Chief Tim Bellamy said the man was found near the southeast area of campus, challenged police with a gun and shot by campus officers.

The campus was released from lockdown early Tuesday. The gunman was not a student at the university.

WRAL said it was unclear why Durham police were looking for the man.

U.S. News // 51 minutes ago
Obama skewers Trump's handling of COVID-19 pandemic at Florida rally
Oct. 27 (UPI) -- Former President Barack Obama criticized President Donald Trump and his administration over the response to the COVID-19 pandemic during a rally in Florida Tuesday. 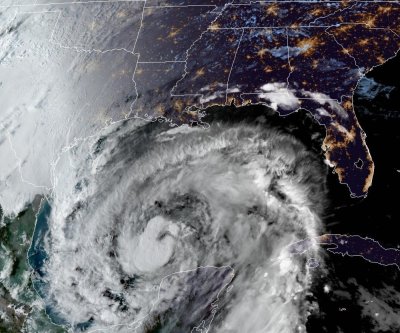 U.S. News // 2 hours ago
Biden invokes FDR in push to turn Georgia blue
Oct. 27 (UPI) -- One week before voters decide the outcome of the 2020 election, Democratic presidential nominee Joe Biden made a last effort to push Georgia into the blue column.