The proposed regulations will force the industry to spend money to comply with them, but the technology that's available has "been fully demonstrated," Environmental Protection Agency Administrator Gina McCarthy told The Washington Post ahead of her 9 a.m. National Press Club address.

The Energy Department has a $6 billion loan fund to help finance development of clean energy technologies, she said.

The climate policy initiative, promised by President Obama in his inaugural address in January, was denounced by Republicans even before it was announced.

It is also likely to face court challenges from the coal industry, the Post said.

"We're providing at least some certainty here that [coal plants] have an opportunity to be around in a carbon-constrained world," McCarthy told the newspaper. "The president wants every fuel to be able to compete in a clean environment."

The administration views greenhouse gases the same way it sees other air pollutants and will regulate them accordingly, McCarthy told the newspaper.

"We are treating carbon the same way we've treated every other pollutant under the Clean Air Act," she said.

In her breakfast address, McCarthy is expected to say the new carbon-emissions standards "represent the cleanest standards we've put forth for new natural gas plants and new coal plants," her prepared remarks indicated.

Forty percent of all energy-related greenhouse gas emissions last year came from power plants, the U.S. Energy Information Administration says, with most of the 40 percent coming from coal-burning plants.

"These rules are reasonable. They are feasible. And they should soon be expanded to include standards for existing power plants," Markey said in a statement.

An administration proposal to limit emissions from existing plants will be made next June, McCarthy told the Post.

Obama has said he wants greenhouse gas limits on both existing and new power plants by the time he leaves office in 2017.

"It's a devastating blow to our state, and we're going to fight it in every way we can," he said.

He accused the EPA of "recklessly gambling with the nation's energy and economic future."

League of Conservation Voters Senior Vice President Tiernan Sittenfeld told the Times: "We are thrilled that the EPA is taking this major step forward in implementing President Obama's climate action plan. It's a great day for public health and a clean energy future." 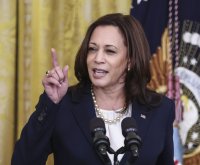 U.S. News // 4 hours ago
Michigan Senate rejects Donald Trump's claim that election was stolen
June 23 (UPI) -- A months-long investigation of the presidential election led by Michigan Republican lawmakers found that claims by former president Donald Trump about widespread voter fraud were false, according to a report.

U.S. News // 6 hours ago
Supreme Court says Pa. school wrong to suspend cheerleader over obscene post
June 23 (UPI) -- In a key freedom of speech case, the U.S. Supreme Court on Wednesday ruled in favor of a former Pennsylvania cheerleader who sued her high school when she lost her spot on the squad over an obscene social media post.