The child went missing Sunday morning. Willow's mother said she laid down for a 90 minute nap because she wasn't feeling well Sunday morning and when she awoke her daughter had vanished.

An autopsy was under way Tuesday, KSDK-TV, St. Louis reported.

Prior to Monday's discovery, an intense search effort was undertaken in the rural southern Illinois town of Watson.

"On Monday at approximately 7:30 p.m., four volunteer searchers located the body of a small child in an area south of the village of Watson," the statement released by Effingham County State's Attorney Bryan Kibler said Tuesday morning.

At that time, officials hadn't confirmed it was Willow they'd found -- or that there was a criminal element in the case.

Relentless heat took a toll during Monday's search for Willow, forcing officials to turn back volunteers who were overcome by the high temperatures as they searched fields and rugged terrain in and around Watson, Ill. Effingham County Sheriff John Monnet said several civilians were treated or hospitalized for heat exposure, the Effingham Daily News said.

U.S. News // 22 minutes ago
Tennessee man arrested for death of deputy found shot in burning home
Jan. 24 (UPI) -- Authorities in Tennessee said Monday that they have arrested a 22-year-old man for the death of a deputy who was found shot inside her burning home over the weekend. 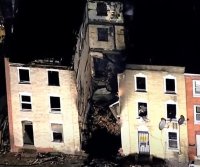 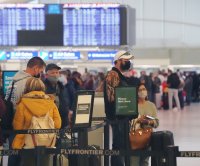