PORTLAND, Ore., Sept. 4 (UPI) -- An anonymous poster, using the name "Artemis of the wildland" has been attempting to shame some Portland, Ore., residents who use food stamps.

"Artemis" has put up flyers in neighborhoods around the city that list people living in the area who receive benefits under the federal Supplemental Nutrition Assistance Program -- commonly known as food stamps -- KPTV, Portland, reported Tuesday.

Officials say the flyers have appeared mostly in upper-income areas.

"There are 27 people in this neighborhood who vote and receive food stamps," one note read. "The names of these people are being posted where they can be seen by taxpayers and the neighborhood can decide who is truly in need of food."

A few weeks ago, similar flyers identified people receiving disability benefits, describing them as "a threat to the Republic." Police investigators say that message could be considered hate speech.

"The weaker people in our society, a good culture takes care of them, they don't degrade them," said River Gibeaut, who spotted the flyers as he walked his dog Tuesday.

Artemis is a figure in Greek mythology -- the sister of Apollo and goddess of the hunt, wild animals, childbirth and virginity. The pet Homer called her "Artemis of the wildland."

U.S. News // 9 hours ago
Jehovah's Witness' suit says she lost state job over refusal to take loyalty oath
Nov. 23 (UPI) -- A Jehovah's Witness is alleging her religious freedom rights were violated when a California agency withdrew a job offer because she declined to sign a loyalty oath promising to defend the state and U.S. constitutions.

U.S. News // 10 hours ago
2 more House members test COVID-19 positive
Nov. 23 (UPI) -- Two more U.S. House of Representatives have announced they have tested positive for COVID-19 as the virus surges throughout the country. 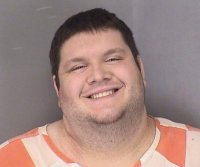 U.S. News // 12 hours ago
Nebraska police arrest man for shooting 4, killing 2 at Sonic restaurant
Nov. 22 (UPI) -- Police in Nebraska said officers have arrested a 23-year-old man accused for killing two people and injuring three others during a shooting at a Sonic Drive-In restaurant on Saturday night.