Nancy Pelosi says she does not want to be speaker again 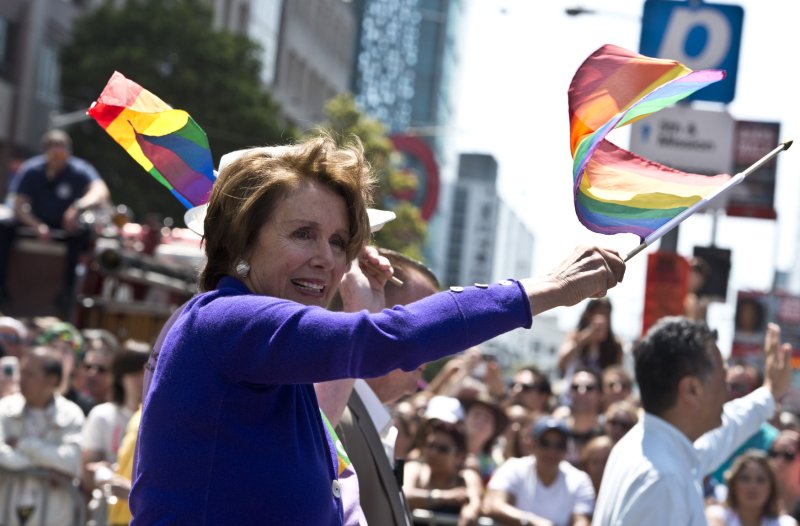 WASHINGTON, Aug. 30 (UPI) -- House Minority Leader Nancy Pelosi, D-Calif., says she does not want to return as speaker if Democrats retake control of the U.S. House next year.

In an interview published Thursday in National Journal, Pelosi -- who served as speaker from 2007 until 2011 -- said the Republican Party is no longer "he Grand Old Party that used to have such great leadership," and urged her "Republican friends" to take back their party.

"The name 'Republican' in some ways has been hijacked by obstructionists," she said. "They are nowhere on the spectrum of trying to get the job done, and they claim the name without bringing to it the greatness, the leadership of the past."

After four years as minority leader, Pelosi became speaker in 2007, returning to her former position when Republicans regained control in the 2010 elections. That makes her the longest-serving head of a party in the House since Sam Rayburn, D-Texas, who was speaker or minority leader from 1940 to 1961.

Pelosi, 73, was the first woman in either position but says she does not want the top job again.

Pelosi described the current situation in Congress as "Groundhog Day Central," referring to the movie in which Bill Murray plays a weatherman forced to relive Feb. 2 every day until he gets it right. She said if the Republicans in Congress were "willing to govern," the two parties could find areas of compromise.

U.S. News // 12 hours ago
Rare nor'easter could bring lingering taste of fall
Tumbling temperatures this weekend could be here to stay. Canadian air, combined with a rare nor'easter could keep it feeling like September in the Northeast into next week.

U.S. News // 12 hours ago
Tropical rainfall to funnel into Texas, Mexico threatening flooding
Meteorologists warn that a tropical system will continue to bring flooding rainfall through southern Texas and northern Mexico in the coming days before impacting yet another portion of the United States midweek.