Members of the Free Syrian Army perform prayers in Damascus. U.S. support for the rebel forces may include a no-fly zone which would extend as many as 25 miles into Syria from Jordan FILE/UPI | License Photo

"Our sense of basic humanity is offended not only by this cowardly crime but also by the cynical attempt to cover it up," a tight-jawed Kerry said in a statement Monday in Washington.

"By any standard, it is inexcusable and -- despite the excuses and equivocations that some have manufactured -- it is undeniable," Kerry said of last week's "indiscriminate slaughter of civilians" in Damascus' suburbs in which a reported 355 to 1,100 civilians died and 3,600 were injured.

President Obama has made it clear to the Assad regime "that this international norm cannot be violated without consequence," the top U.S. diplomat said.

He said he and Obama were discussing the situation with their international counterparts and members of Congress to come up with a thoughtful, informed response.

Kerry said additional "real and compelling" evidence about the attack would be made available in the days ahead.

He said the five days between the attack and when the Assad regime decided to allow U.N. chemical weapons inspectors access to the site showed the Syrian government was trying to hide what happened.

"If the regime had nothing to hide, their response should be immediate transparency ... not shelling," an angry Kerry said. "Failure to commit to that would tell its own story."

"What we saw in Syria last week should shock the conscience of the world," Kerry said. "It defies any code of morality. ... The indiscriminate slaughter of civilians ... by chemical weapons is a moral obscenity."

The "gut-wrenching" images circulating in traditional and social media all point to one thing, Kerry said: "That chemical weapons were used in Syria."

Syrian President Bashar Assad has denied that troops loyal to him used chemical weapons and threatened dire consequences should his country be subjected to an airstrike.

Assad, who had refused to allow U.N. inspectors into the country, charged the rebels are the ones using chemical weapons.

A government statement reported by the official Syrian news agency SANA after the White House said there was new evidence of chemical weapons use charged the United States with "flagrant tricks to come up with any possible means to justify the decision of President Barack Obama to arm the Syrian opposition."

U.S. State Department spokeswoman Jen Psaki told reporters Friday the United States would be sending support to the Supreme Military Council but declined to specify exactly what would be sent.

British Prime Minister David Cameron supported the U.S. conclusion. Cameron praised the United States for redirecting focus back to the "difficult question" about how to confront Assad, The Guardian reported.

Such a move, if approved by President Obama, would significantly expand U.S. support and involvement in the 27-month civil war the United Nations said Thursday has killed more than 90,000 people.

Jordan, a key U.S. ally overwhelmed by refugees from Syria, has offered Washington use of its bases to help establish a safe zone along the Syrian border.

The zone would extend as many as 25 miles into Syria from Jordan, the Journal said.

Washington and allies would enforce the zone using aircraft flown from Jordanian bases, the U.S. officials told the Journal.

The aircraft would generally fly inside Jordan, but any incursion into Syrian air space, if threatened by advancing Syrian planes, could be justified as self-defense, the officials said. 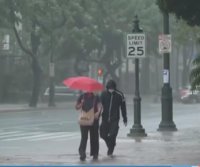 U.S. News // 27 minutes ago
Snow, floods and hurricane-force winds pound Hawaii
Hawaii has been socked by a potent storm that has unleashed pounding rainfall, high winds and even blizzard conditions to the mountain summits. 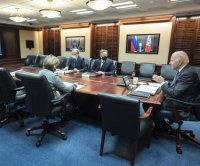 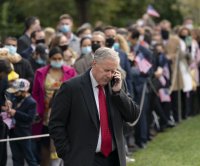